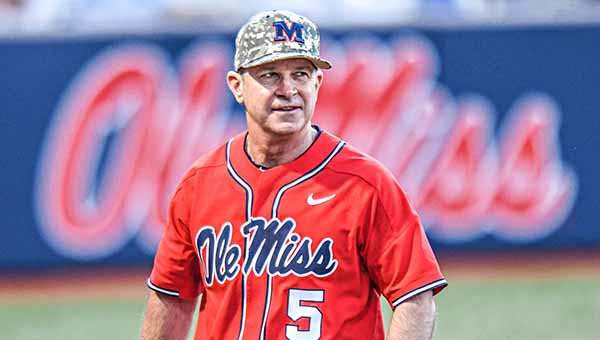 OXFORD — Ole Miss head baseball coach Mike Bianco had his Rebels playing as well as any team in the country when the 2020 season came to a premature close. They will carry that momentum into 2021, and Bianco will do so with a new contract.

Vice Chancellor for Intercollegiate Athletics Keith Carter announced Tuesday that the school has signed Bianco to a new four-year deal, which is the maximum allowed by the state of Mississippi.

Bianco was paid $1.2 million in 2020 — including incentives — which was among the top five highest-paid college baseball coaches in the country. Terms of the new deal were not immediately disclosed.

“Mike is one of the best baseball coaches in the nation, and this contract is intended to ensure he remains a Rebel for a long time,” Carter said in a statement. “This new contract is beneficial for Ole Miss and Mike, and there were productive negotiations to reach a deal that works well for both sides. I look forward to Mike’s continued leadership in our program and to fully supporting him as we try to bring a national championship to Oxford.”

Bianco’s 20 years at the helm of Rebel Baseball makes him the longest-tenured coach in the Southeastern Conference among the sports of football, men’s basketball and baseball. Over those two decades, he has become the program’s all-time leader in wins, amassing a record of 767-440-1.

In his 19 full seasons leading Ole Miss, Bianco has delivered 16 postseason appearances, including six Super Regional berths and a trip to the College World Series in 2014. The Rebels have hosted nine NCAA Regionals during his tenure.

“Camie and I are very appreciative of the support from Chancellor Boyce, Keith, the IHL Board of Trustees and our Foundation Board of Directors,” Bianco said in a statement. “We’ve missed playing in front of the best fans in America, but we know the health and safety of everyone is more important than baseball. I look forward to getting back on the field with our guys at the appropriate time and building a 2021 team that will make Rebel Nation proud. Thank you for the opportunity to continue to lead Ole Miss Baseball.”

When the numbers came in on his first official practice as Vicksburg High’s football head coach, Todd McDaniel was very... read more