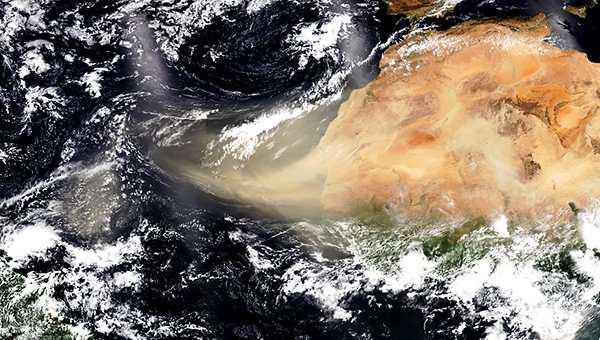 Dust from the Sahara Desert on its way to Mississippi

If you happen to be playing “Weird Things To Happen In 2020 Bingo,” you are just days away from checking off the box labeled “Sahara Dust Storm Over Mississippi.”

The National Weather Service and other government agencies are tracking a plume of dust from the Sahara Desert making its way across the Atlantic Ocean. The plume is expected to cascade over portions of the Gulf Coast — including Mississippi — next week.

Below is a model compiled by the National Weather Service Austin/San Antonio office. In it, you can see the dust will impact the Mississippi area around June 25.

Weather officials said that most of the dust — or particles — will remain thousands of feet above the ground, there are some individuals who might feel an impact as there is a chance some of the particles can make their way to the ground.

Those who deal with allergies, and other lung conditions, such as asthma, could feel the effects of the dust in the air. Others, such as the elderly and young children, could also feel the effects if they are outdoors for a long period of time.

On the positive side, the dust in the air, while making the sky appear a bit grey during the day, should lead to some even more spectacular sunsets over the Mississippi River next week.