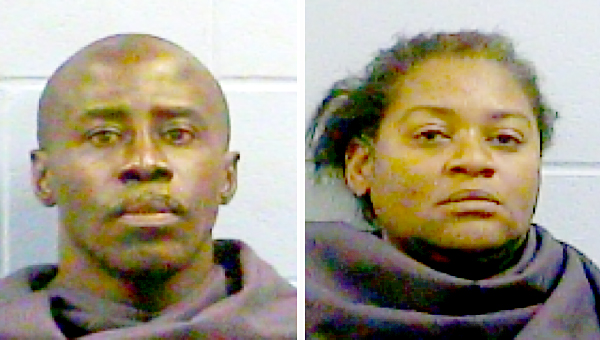 A man and woman were arrested Wednesday in connection to an armed robbery earlier in the week.

Tuesday, a resident of Cossar Court reported he had been robbed by a masked black male, who threatened him with a knife before stealing his wallet and a credit card.

• On Tuesday, at 7:45 a.m., officers responded to an address on Oakland Street for a suspicious vehicle parked in the driveway. The vehicle was a white Nissan Pathfinder that had been reported stolen from West Pine Street on Monday. The owner of the vehicle was notified and the vehicle was returned.

• On Tuesday, at 12:59 p.m., officers took a report in reference to a theft that occurred at Walmart. The victim said that on Monday someone took a wallet containing a Mississippi driver’s license, an identification card, a check for $340, and $1,200 in cash from her shopping cart while she loading items into her vehicle.

• On Monday, at 2:23 p.m., officers took a report at the police station about malicious mischief that occurred on Halls Ferry Road. The victim reported that on Monday a female rammed her white Dodge Challenger into his black Dodge Challenger, then got out of her vehicle and busted the passenger side front windshield with a large object.

• On Wednesday, at 6:16 a.m., officers found a shattered glass door at Wholesale Furniture, 2004 Clay St. The victim reported a bag of antique jewelry valued at $2,000 was taken.

• On Wednesday, at 9:21 p.m., officers responded to a residence in the 5200 block of Common Circle concerning the theft of a firearm. The victim reported someone had stolen a rifle valued at $1,200.

Crime reports: Traffic stop leads to the discovery of ‘felony amount of marijuana’

An early Monday morning arrest of a Vicksburg man for outstanding warrants led to far more during the traffic stop.... read more