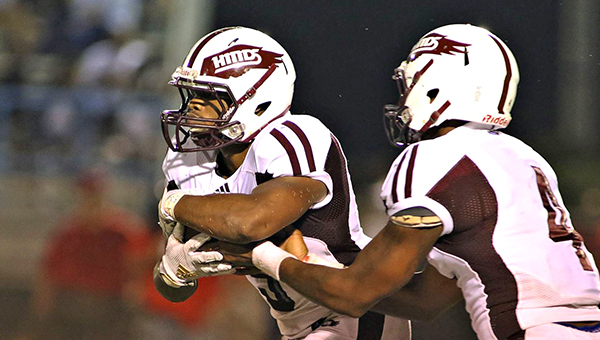 There will be junior college football in Mississippi this fall.

At least, that’s the plan for now.

The Mississippi Association of Community Colleges announced Friday that it will break from the National Junior College Athletic Association and play its 2020 football season beginning in October. At the same time, the MACC is leaving the door open to delay the season until spring or deeper into the fall semester if the COVID-19 situation worsens, MACC athletic commissioner Steve Martin said.

“The thought process was the health and safety of our student-athletes. That dominates the conversation. Our presidents wanted the opportunity to wait, have patience, and see if there would be an opportunity to play in the fall,” Martin said. “We’re evaluating on a daily basis to see what decisions need to be made.”

Only football will be played in the fall, Martin said. The other fall sports of men’s and women’s soccer and women’s volleyball, as well as winter sports, will still be delayed until the spring. Those sports will follow the adjusted competition schedules issued by the National Junior College Athletic Association earlier this month.

The NJCAA announced on July 13 that it is suspending all athletic competition for the fall semester. The representative for Region 23, which includes Mississippi’s 13 football-playing junior colleges, abstained from the final vote on that decision, however. Some of the state’s coaches voiced concern about playing in the spring for a number of reasons, most notably roster depth. Many football players graduate from junior colleges in December and move on to four-year schools for the spring semester.

Pushing the football season back to October, Martin said, gives the MACC some flexibility. If the COVID-19 situation improves, it can proceed with its plans for a shortened schedule. If it worsens, the option still exists to play in the spring.

“We listened to all of the arguments one way or the other. We may lose some players if we play in the spring,” Martin said. “We took it all into consideration, and that’s why the presidents wanted a little more time.”

The MACC set a target date of Oct. 1 to begin the football season. In Friday’s announcement, the governing body said it would a be a six-game season, with games against division opponents only, followed by a playoff. Martin said the schedule, preseason timeline and playoff format will be finalized by the MACC’s presidents next week.

The bedroom that Rudy and Garrett Reeves share is a shrine to success. Posters from the motocross events they’ve raced... read more