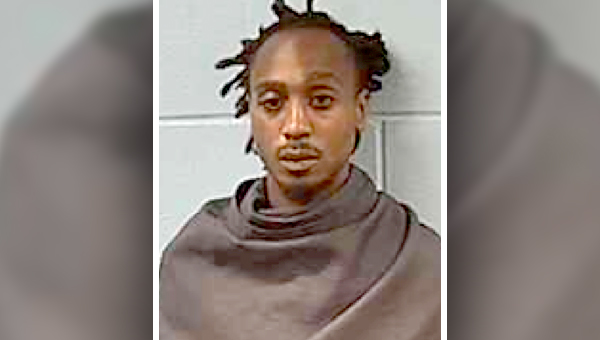 A traffic stop late Friday led to the discovery of drugs and the arrest of a Vicksburg man.

Friday, at 10:32 p.m., an officer responded to a stalled vehicle on North Frontage Road near Clay Street.

Charley Brown Jr., 25, of Vicksburg, approached the officer and identified himself as the driver of the vehicle. He then admitted that he had marijuana in the center console.

During the ensuing search of the vehicle, marijuana was discovered along with a hydrocodone pill.

Brown was arrested for felony possession of marijuana and appeared in Vicksburg Municipal Court Monday.

Judge Penny Lawson set Brown’s bond at $10,000 and bound him over to the Warren County Grand Jury.

• On Friday at 2:50 a.m., officers met a complainant at the police station in reference to an auto burglary that had occurred earlier on Elizabeth Circle. An unknown person broke out a window and stole a 19-inch television and a black Xbox. The total estimated value of the missing items is around $200.

• On Saturday, at 6:32 a.m., officers responded a residence in the 2400 block of Drummond Street in reference to a burglary of a shed. The homeowner reported someone came onto his property and broke into his storage shed, taking a ham valued a $25 out of the freezer.

• On Sunday, at 5:27 a.m., officers responded to an address on Desoto Street in reference to a residential burglary. The victim reported a pack of Winston 100’s along with a yellow cigarette lighter and $30 were missing.

• On Sunday, at 12:49 p.m., officers responded to the 2600 block of Confederate Avenue in reference to an auto burglary. The victim reported someone had stolen fishing rods and a tackle box valued at $900.00 from his vehicle.

A Vicksburg man is in custody and charged with possession of a stolen gun after his arrest Thursday night. Shortly... read more