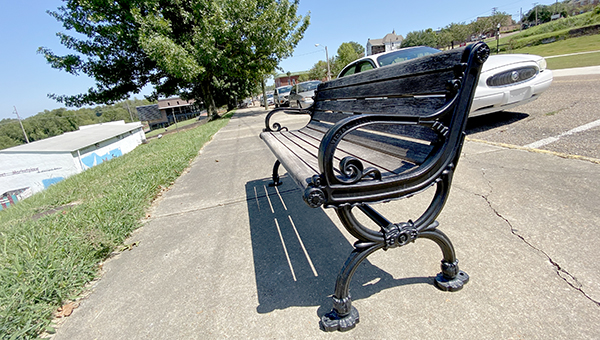 The city of Vicksburg began Tuesday removing public benches from downtown Vicksburg following a vote by Downtown Vicksburg Main Street's board of directors. The benches are being removed to be cleaned, as well as being stored as part of precautions to slow the spread of the COVID-19 virus. (Tim Reeves/The Vicksburg Post)

The removal of the benches began Tuesday.

Kim Hopkins, director of Downtown Vicksburg Main Street, said the organization’s board of directors recommended having the benches removed and cleaned after receiving some complaints from merchants in downtown Vicksburg. She also said the benches were removed as a precaution as part of the city’s ongoing efforts to slow the spread of the COVID-19 virus.

“We did get some complaints from some of our merchants about the condition, cleanliness of some of the benches,” Hopkins said.

As for when the benches might return, Hopkins said it would depend on the state of the virus in the community.