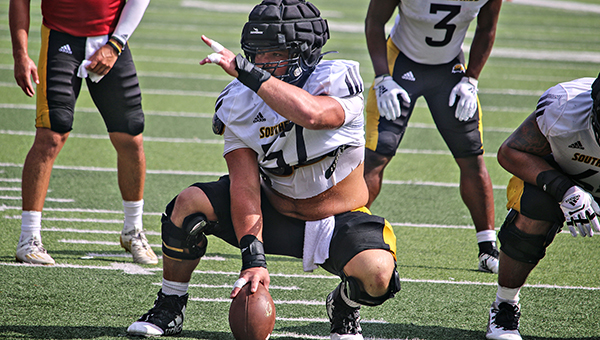 Southern Miss added a home game on Nov. 7 against North Alabama — replacing one against Tennessee Tech that was canceled last week — and finally found a permanent solution for a twice-canceled game on Sept. 19.

A Conference USA home game against Louisiana Tech was moved back one week from Sept. 12 to the 19th. Southern Miss will now have an open date on Sept. 12.

The moves give Southern Miss a full 12-game schedule, beginning Sept. 3 at home against South Alabama. They are also the latest in a constantly-evolving saga fueled by the COVID-19 pandemic, which has led various leagues to cancel or alter their seasons.

Conference USA has not announced plans to alter its season, but the ripple effects from the other leagues have led Southern Miss to change opponents or dates for five of its 12 games. There have been eight adjustments in all.

The Sept. 19 date was canceled twice, when Jackson State and Tennessee Tech both announced they would not play this fall.

Even with all of the changes, Southern Miss will play seven home games.

“We are excited to get back to a full schedule and a seventh home game, as we continue to push forward cautiously,” said Southern Miss Director of Athletics Jeremy McClain. “Our situation is ever-changing, but we will continue to make decisions with the safety and welfare of our student-athletes, coaches, and fans in mind.”

The Egg Bowl will maintain is traditional spot on the schedule on Thanksgiving weekend, but for just the second time... read more