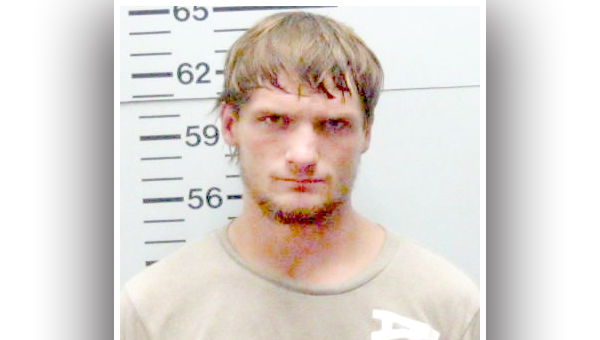 A Warren County man is in jail without bond after reportedly shooting into an occupied vehicle Sunday afternoon.

According to Warren County Sheriff Martin Pace, 19-year-old Nicholas “Nick” Brown, has been charged with one count of drive-by shooting, one count of aggravated assault and one count of possession of a stolen firearm.

Shortly after 2 p.m., deputies responded to a call on the 3200 block of Grange Hall Road of a vehicle that had been shot at while driving down the road. The victims reported the shots came from a parked Jeep Cherokee occupied by Brown.

The victim’s car, a Chevrolet Impala, did receive damage, but none of the three occupants were injured.

Later, deputies spotted the suspect’s vehicle on Grange Hall Road and took him into custody. Officials recovered a 9mm pistol they believed to be the weapon used in the shooting, as well as two .22 caliber rifles and a .22 caliber pistol that had been stolen.

Brown made his initial appearance before Judge James Jefferson, who ordered Brown held in the Warren County Jail without bond. Brown, at the time of the shooting Sunday, was out on bond from a previous indictment from May’s grand jury on a charge of receiving stolen property.

Pace said the investigation is ongoing. The Sheriff’s Office is looking into whether there had been prior contact between Brown and the victims.

The Warren County Board of Supervisors is likely to extend the current COVID-19 civil emergency orders through at least the... read more