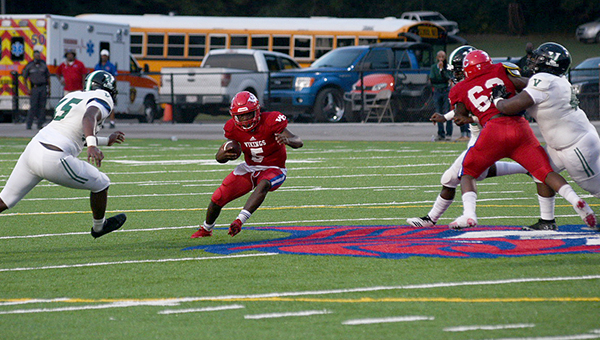 Vicksburg and Warren Central are making history Friday, meeting each other for the first time in the Red Carpet Bowl, but the first half of Friday’s game has been something both teams would like to forget.

In a half that featured more punts and penalties than points, Warren Central took a 3-0 lead into the locker room following Josh Griffin’s 20-yard field goal as time expired.

Warren Central quarterback Kentrick Thompson had 56 rushing yards in the first half. Both teams combined for just 111 yards of total offense.