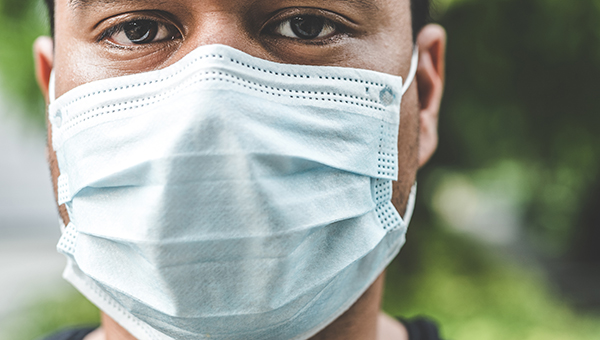 A day after Gov. Tate Reeves announced the state’s mask mandate was allowed to expire, Vicksburg and Warren County officials said local mask mandates are still in effect and likely to be extended.

Vicksburg Mayor George Flaggs Jr., who has planned a Friday press conference to announce a number of changes to the city’s COVID-19 restrictions — likely easing many of them — said Thursday that the mask mandate will remain.

“I respect the governor’s decision, but it is incumbent on me to manage the city, not the state,” Flaggs said. “The mask mandate will continue, likely for at least another month.”

Dr. Jeff Holland, president of the Warren County Board of Supervisors, said the board is set to decide Monday on the county’s restrictions and orders, but said the county extending its mask order another month is “the likely scenario.”

“The city and county are trying to stay in lockstep in that regard,” Holland said. “Our county attorney (Blake Teller) is going through the remainder of our existing resolution to see how it connects to the governor’s most recent executive order, but that analysis is incomplete at this point. But, the continuation of the mask mandate is by far the most important part.”

Both the city and county’s mask mandate requires anyone in a public building or business to wear a mask, and it also requires masks be worn when social distancing measures are not possible.

Since then, both the city and the county have extended their mask mandates through Oct. 5. Also since then, the number of new cases in Warren County has plummeted to just three per day over the last seven days.

“You can infer that wearing masks has helped the process given that our numbers have gone down significantly from just a couple of months ago,” Holland said.

Flaggs said mask mandates have been a successful component to driving down local case numbers and allowing for additional easing and elimination of other restrictions.

“I have not seen anything yet that suggests to me that wearing masks and practicing social distancing has not helped mitigate the spread of the virus. In fact, I think, they are reducing the number of cases per day,” Flaggs said.

Flaggs also said the approaching cold and flu season is another reason why he is a strong proponent of continuing the mask mandates.

Flaggs is set to announce the extension of the mask mandate, as well as other changes to the city’s COVID-19 orders, during a press conference Friday at 2:30 p.m. That press conference can be seen live at The Vicksburg Post’s Facebook page at www.facebook.com/thevicksburgpost.

The county’s emergency orders will be a topic discussed during the board’s regular meeting scheduled for Monday at 9 a.m.

Washington Street will be one-way on Friday and Saturday nights beginning this weekend. The Board of Mayor and Aldermen Wednesday... read more