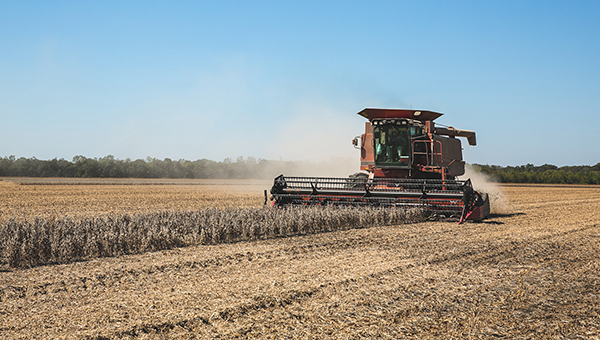 STARKVILLE — Soybean growers in the Mississippi Delta are hustling to beat Hurricane Delta.

Row crop producers across the state are joining in the scramble to harvest as many of their crops as possible before the storm’s expected heavy rains batter their fields.

The National Hurricane Center forecasted Thursday that Delta would be at least a Category 2 hurricane when it makes landfall in Louisiana on Friday. Damaging winds and up to 1 foot of rain is probable for Mississippi in the second weekend of October.

As of Oct. 4, only 45 percent of the state’s soybean crop had been harvested, according to the U.S. Department of Agriculture National Agricultural Statistics Service. The five-year harvest average in early October is around 65 percent.

“When you have a hurricane forecasted during harvest season, growers work extra hard to get as much of their crop out as possible before excess rain can cause damage to seed and make field conditions so wet that machine harvest becomes difficult,” said Trent Irby, soybean specialist with the Mississippi State University Extension Service. “This time of year, the soil and plants won’t dry out as fast as they do in August and September. Some fields could be difficult to get into until next year if we get a major rain event now.”

About 2 million acres of soybeans were planted in the state in 2020, with overall yields so far at above-average levels due to good growing conditions this summer. The National Agricultural Statistics Service rated 67 percent of the crop’s condition as either good or excellent.

Irby said so much acreage is still in the ground because the crop did not mature as quickly as usual.

“In places, the crop was just slow to finish,” he said. “Development slowed down some more in late September when temperatures cooled off, and rains from Tropical Storm Beta put a halt to harvesting for a few days. Had it not been for those issues, harvest progress would likely be further along at this point.”

The slow maturity rates demanded more time in the field for much soybean acreage, and now some growers may not have enough time to harvest everything before the next round of rains.

“It depends on how much they lack,” Irby said. “Some are close to finished, and others have a while to go. We’re not likely to get everything harvested before then.”

Prices go up as supply dips

China began buying large quantities of soybeans beginning the first part of August, and prices have been going up ever since. The November futures contract has been trading above $10 a bushel since mid-September based on Chinese purchases of U.S. soybeans, said Extension row crop economist Will Maples.

“From Aug. 10 to Sept. 18, the November 2020 soybean futures contract increased from $8.73 to $10.43 a bushel,” Maples said. “The market dropped back to around $10 by the end of September, but the recent USDA grain stocks report provided around a 40-cent increase in the market based on the news of lower than expected stocks. New crop bids in Greenville have recently been around $10.50 to $10.60, and Indianola around $10.30.”

Of the major row crops, soybean markets bore the least direct impact from COVID-19. The U.S. still faces competition in the export market from Brazil, and recent exchange rate movements have reduced the price of Brazilian soybeans, making them more competitive with the U.S. on the international market.

“Soybeans had a price drop in March just like all the other commodities, but mainly just followed those markets down,” Maples said. “Demand continuing from China is what will be necessary to keep the market at its current level. We have a large supply coming in this year from harvest as yields are projected to be good in most states.” 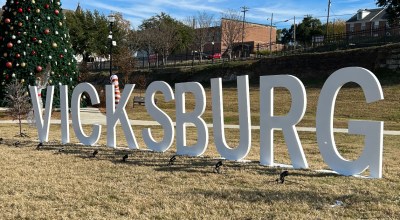