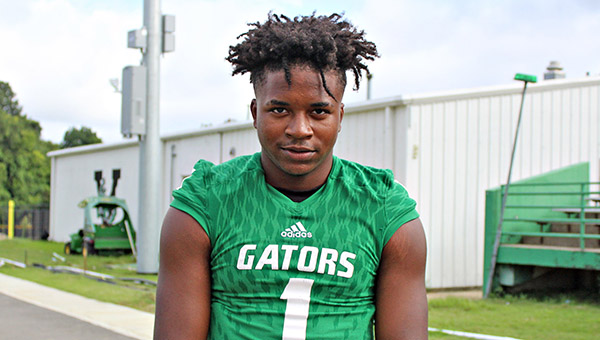 The Vicksburg Gators seemed poised to steal a victory Thursday night with a wild finish.

Cleveland Central returned a kickoff to the 10-yard line after Vicksburg had scored to tie the game with 19 seconds left, and sophomore Cruz Oguz kicked a 22-yard field goal as time expired to give the Wolves a 24-21 victory.

It was the third time in four games that Vicksburg (1-5, 1-2 MHSAA Region 2-5A) has had a game decided in the final minute. It beat South Pike on a field goal as time expired two weeks ago, and lost to Natchez on a late touchdown in mid-September.

Sha’Kori Regan ran for two touchdowns in the second half against Cleveland Central — and finished with 295 yards on 32 carries — as the Gators rallied from a 21-7 deficit. His 2-yard TD run with 19 seconds left tied the game.

The Gators were without their kicker and holder, however, who were both out with injuries. That forced them to go for a two-point conversion that was no good. An attempt to put the ensuing kickoff close to the sideline did not work out, either, and Cleveland Central (2-3, 2-0) nearly returned it for a touchdown before kicking the game-winning field goal as time expired.

Vicksburg finished with 375 rushing yards as a team, and averaged 7.1 yards per carry. Rashad McCroy had 13 carries for 32 yards and one touchdown.

“The kids fought their heart out. We had opportunities to blow the game open and didn’t take advantage of it,” Gators head coach Todd McDaniel said. “I think we’re a much improved team, but when you’re down for so long you have to learn how to win and find ways not to lose games.”

Vicksburg will go on the road next week to play Ridgeland (4-1, 2-0) in another Region 2-5A matchup.

St. Aloysius came into Friday’s game against Adams County Christian School with a chance to shore up an improbable playoff... read more