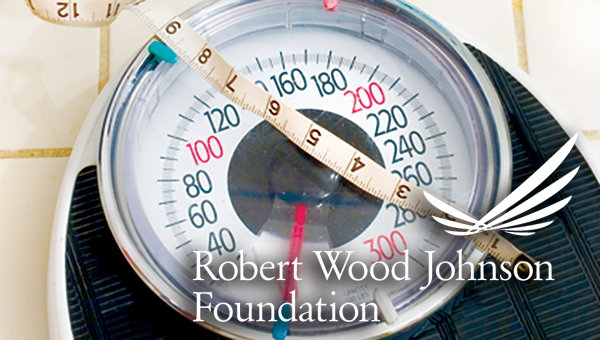 PRINCETON, N.J. — In Mississippi, nearly one in four young people — age 10 to 17 — are not considered obese.

In a report released Wednesday by the Robert Wood Johnson Foundation, 22.3 percent of young people are now considered obese, the second-highest in the nation and well above the national average of 15.5 percent.

Kentucky had the largest percentage of young people being considered obese at 23.8 percent.

The data is included in State of Childhood Obesity: Prioritizing Children’s Health During the Pandemic, a report that examines the latest national and state-by-state data on childhood obesity rates and offers policy recommendations for prioritizing children’s health throughout recovery.

The obesity rate data come from the 2018-19 National Survey of Children’s Health, along with analysis conducted by the Health Resources and Services Administration’s Maternal and Child Health Bureau.

The nation’s obesity crisis and the COVID-19 pandemic intersect in many ways.

In releasing the report, the Foundation said “emerging research links obesity with increased risk of severe illness from COVID-19, including among children. Evidence from other vaccines leads some to predict that a COVID-19 vaccine may be less effective among those with underlying medical conditions, including obesity.”

“Childhood obesity remains an epidemic in this country,” said Jamie Bussel, senior program officer at the Robert Wood Johnson Foundation. Bussel leads the Foundation’s efforts to prevent childhood obesity. “The COVID-19 pandemic and ongoing economic recession have worsened many of the broader factors we know contribute to obesity, including poverty and health disparities. We must confront these current crises in ways that also support long-term health and equity for all children and families in the United States.”

The Foundation also said the months-long pandemic — which reached Mississippi on March 11, when the first state case was reported — exacerbates conditions that put children at risk for obesity.

“School closures leave millions of children without a regular source of healthy meals or physical activity,” the release said. “And millions of caregivers have lost income or jobs, making it more difficult for families to access or afford healthy foods.”

The report also broke down the date by race and economic categories, showing that Black, Hispanic and Native American children have significantly higher obesity rates than White or Asian children. And those in households making less than the federal poverty level “are more than twice as likely to have obesity as those at the top of the income ladder.”

“We’ve seen these disparities for decades when it comes to childhood obesity rates,” Bussel said. “This year, we’ve also seen people of color and people with low incomes hit hardest by the COVID-19 pandemic. In both cases these outcomes reflect decades of disinvestment in specific communities and specific groups of people, often driven by the systemic racism and discrimination that are still so prevalent in our society.”

In response to the findings, the Foundation offered recommendations it said would “support health and prevent childhood obesity.”

One recommendation was to raise the maximum benefit level in the Supplemental Nutrition Assistance Program by at least 15 percent per participant for the duration of the economic downturn.

In response to the pandemic, Congress provided additional funding to the SNAP program, sometimes referred to as food stamps. The funding was intended to help account for a jump in enrollment, which surged by nearly 6 million in the first month of the pandemic, but not to necessarily increase the benefit amount for individuals.

When schools were closed at the start of the pandemic, school districts not only faced challenges in completing the school year academically, but also faced pressures in extending their meal programs.

In that response, school meal programs — including the Vicksburg Warren School District — were granted flexibility to serve meals to students outside of school. Many school districts responded by not just feeding their students but their entire communities.

The Foundation recommended in its report that the U.S. Department of Agricutlure should continue to support states in using existing waivers to serve free meals to all students through the 2020-21 school year, as recently authorized by Congress.

“SNAP, WIC, and school meals all have proven benefits for children and families,” Bussel said. “Given the unprecedented circumstances families are facing, we must make sure that they reach everyone who is eligible. Doing so will help make sure children and families can stay healthy during this pandemic, and likely reduce the risk for obesity in the long term.”

Jesse Davenport turned 90 on Oct. 5, and to help celebrate his birthday his family threw him a party that... read more