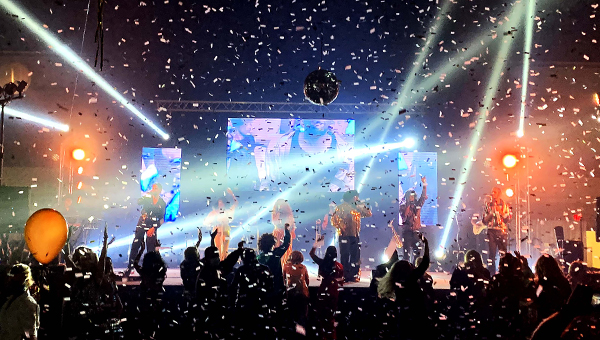 The motto for the Vicksburg Convention Center has long been “going beyond your expectations.” It has been that motto, that driving force, that helped push the economic impact of the facility to record levels at the end of the 2019 fiscal year.

In 2020, however, when the tourism and convention business across the country was all but shuttered by the COVID-19 pandemic, the mission went from “going beyond your expectations” to at times, surviving.

Last week, the Vicksburg Convention Center released its annual report showing just how dramatic an impact the virus and resulting economic shutdowns had on the facility — and, as a result, the local economy.

A year that began with what officials called a “record-breaking” beginning was brought to a complete halt when the virus-related restrictions began impacting the economy. In March, officials watched as nine contracted events were canceled. Twelve more were canceled in April, and 28 more from May through September.

In the end, the fiscal year showed the convention center had just a $1.84 million impact on the local economy. Less than 20,000 people passed through the doors and the calendar showed just 88 days of events.

“With attendance numbers down 63 percent and event usage days down 50 percent from the previous year, we are setting our goals in a positive direction to continue and hold fast on offering the best possible service in the industry and continue going beyond expectations when clients are ready to get back to attending conventions, receptions, banquets, concerts, etc.,” Vicksburg Convention Center Executive Director Annette Kirklin said in presenting the annual report to the center’s board of directors.

Overall, the convention center reported an income of $292,501 and operating expenses of $809,937. The report also showed the city subsidy for the year came to $517,472. Events that were conducted at the Convention Center had direct spending into the local economy of $1.08 million, compared to $4.8 million in 2019.

Not all the news was grim. To end the year, the convention center was still able to host the annual Ritz on the River event and announced recently that the popular Breakfast with Santa event in December will be held. Kirklin also announced that during the COVID-19 shutdown, contractors were able to install a new energy-efficient heating and air system, and replaced all of the lights with LED lighting.

Mayor George Flaggs Jr., in his comments to the board, issued a challenge to members of the board, the Convention Center staff and other outlets that support the Vicksburg and Warren County tourism industry.

“It is important to continue to think outside the box, look locally first and then begin to look outward as a way to draw people to the convention center,” Flaggs said.

He also challenged local organizations, businesses and groups, specifically the Vicksburg Warren County Chamber of Commerce, to return to the convention center for their events. The Chamber held monthly meetings at the Convention Center before the pandemic that attracted more than 100 people each time. In recent months, the Chamber has held Zoom-only events.

“You have shown that events can be held safely,” Flaggs said. “We are meeting here today face-to-face, so it can be done.”

A traffic stop Sunday morning led to the arrest of a Vicksburg man and the discovery of more than $45,000... read more