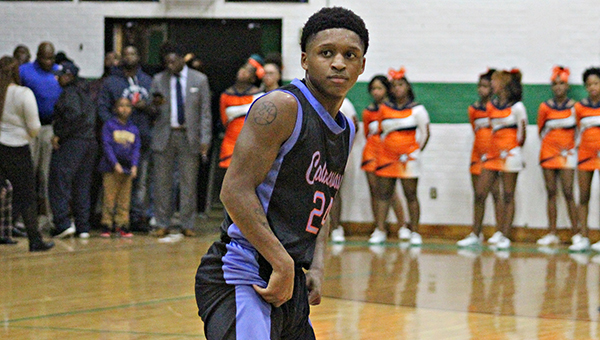 The Rebels announced Wednesday that they signed guards Daeshun Ruffin, Grant Slatten and James White on the first day of the early signing period. All three players are ranked among the top 10 players in their respective states — Ruffin in Mississippi, Slatten in Tennessee and White in Georgia — by recruiting services.

All three players will join the Rebels for the 2021-22 season.

“It’s an outstanding day for Ole Miss Basketball with the signing of three very talented players,” Ole Miss head coach Kermit Davis said. “They are terrific offensive players with the ability to score the ball at all levels. All three young men come from unbelievable families and support systems, and we can’t wait to get them to Oxford this summer. Our fan base will have a fun time following all of these guys during their senior years.”

Ruffin is ranked as the No. 21 player overall player in the country by ESPN, and No. 1 in Mississippi. Ruffin is a consensus 4-star prospect who led Callaway to the 2020 MHSAA Class 5A championship. He averaged 26.9 points and 4.9 rebounds per game last season, and scored at least 30 points 11 times.

Ruffin also was named the Mississippi Gatorade Player of the Year, and has been an All-State selection in each of his first three seasons.

“Getting the very best player in the state of Mississippi is always a priority for us,” Davis said. “Daeshun is a dynamic guard that scores at all three levels. He’s a proven winner, leading Callaway to a state championship in 2020. Daeshun plays for one of the very best coaches in our state, David Sanders, and comes from a fantastic family.”

Ranked the No. 7 player in the state of Tennessee, Slatten has already scored 1,808 points over his three years at White County High School. He has been named to the 3AAA All-Region and 6AAA All-District tournament teams every season, collecting each accolade three times apiece.
The 3-star guard averaged 26.8 points, 5.5 rebounds and 3.9 assists as a junior. The Tennessee Sports Writers Association (TSWA) selected Slatten to the all-state team.

“I’ve watched Grant grow up for a long time,” Davis said. “He is a 6-foot-5 guard that is extremely athletic and is one of the best shooters in this ‘21 class. His dad, Bruce, has been considered one of the best high school coaches in Tennessee for many years. Grant will have a fantastic senior year.”

Another 6-foot-5 guard just like Slatten, White is a preseason all-state guard entering his senior season after earning all-state honors last year. He is the No. 9 player in the state of Georgia, according to 247Sports.

White averaged 24.1 points per game during his junior season at Heritage High School in Conyers, Georgia, to rank among the state’s top five scorers. He scored at least 20 points in 24 of his 30 games, while breaking the 30-point mark six times.

“James White has a great skill level as a long, athletic guard that is one of the very best scorers in the state of Georgia,” Davis said. “He loves ball, enjoys being in the gym and is set for a fantastic senior year. James has an unbelievable support system around him.”