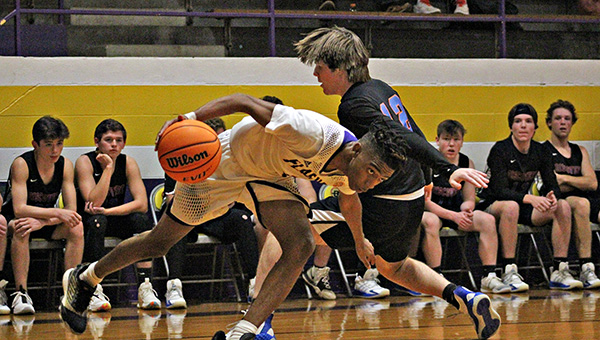 Midway through the third quarter, the St. Aloysius Flashes were not having a good offensive night but at least were clinging to a slim lead. Not long after that, they were having an even worse offensive night and watching Discovery Christian pull away on the scoreboard.

St. Al went more than eight minutes without scoring a point in the third and fourth quarters, and only made one field goal in the last 12 minutes. The drought allowed Discovery Christian to take control of a close game and hand the Flashes a 51-32 defeat Thursday night.

Isiah Thomas scored a game-high 15 points for St. Al, while Padre Gray scored eight and Jake Brister had seven. The only other player to score, however, was Kevin Thomas with two points.

St. Al led 21-20 at halftime, but had no answers when Discovery Christian closed the third quarter with an 11-0 run to take the lead for good. The Lions carried a 34-28 lead into the fourth quarter, and had pushed it to double digits by the time Isiah Thomas finally ended St. Al’s drought with a jumper with 3:35 left in the game.

Thomas hit two free throws about 40 seconds later to make it 42-32, and then St. Al did not score again.

“The first half, I thought we had plenty of looks and we should have been ahead by a lot more than 21-20,” Coleman said. “I thought the defense was good the first half. It was like when we got down seven or eight points, we started hanging our heads a little bit and didn’t have that fight in us to make a comeback.”

The loss was a downer for St. Al (2-4), which had beaten Cathedral on a buzzer-beating 3-pointer in its last game on Nov. 20. Coleman said he believes Thursday’s result was more a case of a bad game than a long-term trend.

St. Al has three home games next week — Tuesday vs. Hartfield Academy, and a back-to-back Thursday and Friday against Clinton Christian and Greenville-St. Joe — to try and get back on the winning track.

“We were looking good until that second half tonight,” Coleman said. “We’d really been playing some good basketball. Jackson Academy beat us pretty bad, but they’re going to beat a lot of people pretty bad. We just have to play harder than we did tonight in the second half.”

Porter’s Chapel Academy basketball player Sophie Masterson had a double-double, with 10 points and 10 rebounds, in a 66-28 win... read more