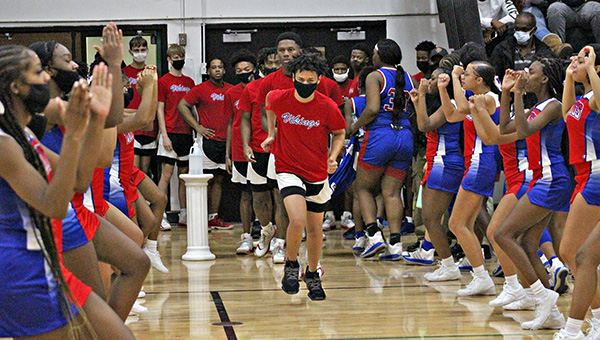 Sports column: Athletes should savor games, moments while they can

We’ve reached the final month of 2020, at last, but early December is feeling a bit like mid-March.

COVID-19 cases are on the rise, and concern is growing. There are talks of shutdowns and lockdowns, and toilet paper and paper towels are disappearing from store shelves.

In the sports world there are plenty of parallels as well. We’re trying desperately to finish one season before deciding what to do about the next one. In March, we barely squeaked through the end of basketball season before the pandemic hit in full force and ultimately wiped out the spring calendar. In December, we’re wrapping up football season and wondering whether we’ll make it to the second half of basketball and soccer season.

There are plenty of decisions the powers that be in the Mississippi High School Activities Association, Mid-South Association of Independent Schools, and individual schools and school districts will need to make in the coming days. Should they bar fans from sporting events and keep playing? Suspend the season until after the holidays? Shut it all down? Or keep going like we have been, with a reduced number of mask-wearing fans shouting muffled cheers?

Whatever they decide, there is one thing every athlete must do — savor every moment.

As we learned back in the spring, you never know when the rug will be pulled out and the season will end. A two-week hiatus quickly turns into a month, and then the rest of the season, leaving regret at taking it all for granted.

Enjoy the feeling of getting better and stronger in practice.

Relish the camaraderie of teammates and the friendships you form.

Soak up every precious minute of it while you can.

It’s the little things that make life worth living, and sports are no exception. The small moments — the jokes, the stupid pranks, the spittle-laced halftime rants by coaches — are what we remember most.

With every day that passes, the opportunities to create those moments become more tenuous. So gather as many of them as you can, while you can, because now more than ever you never know which one might be the last.