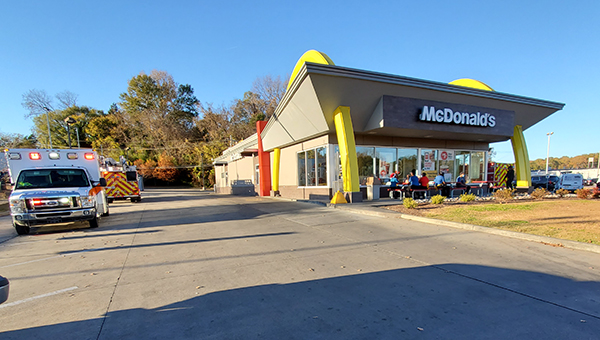 The McDonald’s location on North Frontage Road briefly closed Wednesday afternoon as units with the Vicksburg Fire Department responded to a possible fire.

Service at the busy location was shut down as the building was evacuated and the building checked. An air conditioning service company was called in to check the problem and made needed repairs.

The restaurant has since reopened.

After nearly a week, search for missing hunters continues

Authorities continued their search Wednesday for two men missing since Dec. 3 when they went duck hunting on the Mississippi... read more