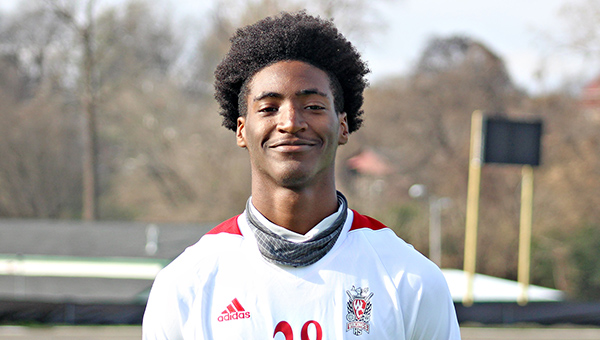 Warren Central soccer player Josh Griffin had two goals and one assist in a 4-0 win over Terry on Thursday.

Jordan Polk and Melissa Herrle each scored a goal as the girls’ team beat Terry 2-1 at Sports Force Parks. The game was moved from WC’s Viking Stadium because of construction work.

The Lady Vikes also added a forfeit victory over Greenville on Friday to their total to improve their record to 6-5 and bounce back from a 7-0 loss to Region 4-6A rival Clinton earlier in the week.

In the boys’ game Thursday, Josh Griffin tallied two goals and one assist, and Brandon Gilliam scored two goals to lead the Vikings to a 4-0 victory.

Vicksburg goal keeper Rosemarie Thula made 16 saves. One of the three goals she allowed was on a penalty kick by Heller.

In the boys’ game, Daniel Ramirez scored three goals, and Hector Bernal had two goals and one assist as Ridgeland beat Vicksburg 7-0.

Howard Moorehead added a goal and an assist, and Lenin Penaloza scored one goal for Ridgeland.