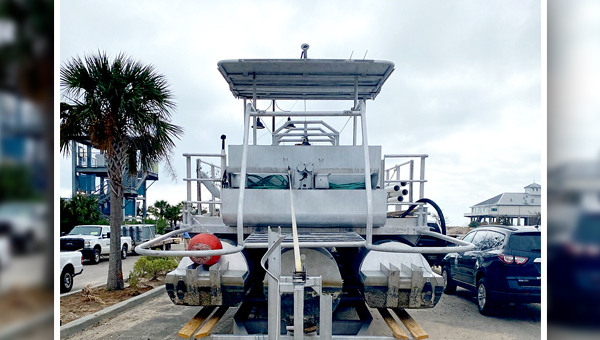 Vicksburg Fire Department adding a boat to its arsenal

The Vicksburg Fire Department is getting a pontoon boat from the Mississippi Department of Environmental Quality.

The Board of Mayor and Aldermen accepted the donation of the boat from the state agency Wednesday.

“It was used during the BP oil spill on the Mississippi Gulf Coast; they’re giving it to us at no cost, boat and trailer,” Vicksburg Fire Chief Craig Danczyk said.

He said the boat, which is still on the coast, needs some repair work and motors.

“Hopefully it will be something we can put some money into and make functional,” Danczyk said, adding he learned the same boat bought new would cost about $300,000. “We’re getting it for zero dollars and if we have to put some money in it, it’s worth it.”

Danczyk said the boat could be used as a platform for the department’s dive team.

“With the cruise lines coming in, this gives us more capabilities in the (Yazoo Diversion) Canal; we might put a fire pump on it. It’s big enough,” he said. “Phase 1, to receive it; Phase 2, to power it; Phase 3, to do whatever we want with it. I believe it has a purpose; we just have to get it here.”

Action Wednesday by the Board of Mayor and Aldermen clears the way for two river cruise lines to begin improving... read more