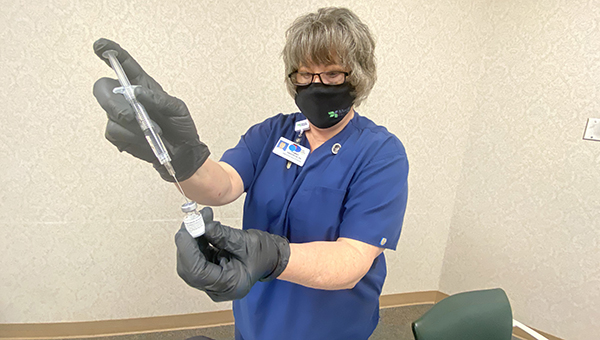 It began in December 2019 in Wuhan, China, and quickly became a worldwide pandemic.

From the time the first case was diagnosed in January 2020, COVID-19 has been the top story of the year across the globe and here in Warren County. Through Dec. 31, 2,743 cases involving Warren County residents were confirmed, with 78 deaths. The pandemic only grew worse as it went along, with December being the worst month of the pandemic for Warren County as 951 cases were reported in that month alone.

In the early weeks of the pandemic, schools were closed, forcing students to finish their school year through virtual learning. And, with shelter-in-place orders in place, many businesses saw their operations closed or severely limited.

Those economic restrictions forced workers to be furloughed or cut altogether. The county’s four casino operations were shut down for more than two months, only reopening under tight restrictions just before Memorial Day.

“In March we didn’t have a clue,” said Vicksburg physician Dr. Dan Edney. “By June we knew we were going to be in it for the long haul when summer didn’t knock it down. We were being warned by public health officials  — state and national — that winter would not be good.”

“Initially, the thought was that when it got warmer the virus would die down, sort of like the flu that almost drops out completely by the summer,” Dr. Carlos Latorre, who also practices in Vicksburg, said. “Summer came and it did not go down. Instead of dropping out, it surged.”

Both said the lessons learned by medical professionals at every level have started paying dividends.

“It is almost like we are treating a different disease now. In March and April, when everybody was dying, we were just trying to keep people alive back then,” Edney said. “Now we know very well how to keep people alive and know so much more about mitigation. We’ve really done a good job of protecting our high-risk people.”

Latorre said that as treatment of the virus has changed, so too has the understanding of the impact masks had on slowing the spread of the virus. He said medical officials understand better how effective masks are and that they do work. He also understands people are growing tired of wearing them.

“When you listen to a lot of health experts, the easiest thing to do is wear your masks when out in public. So if everybody wears it then there’s a lot less transmission,” Latorre said. “Even after the vaccine is available, it doesn’t mean that I am not going to wear my mask ever again, so we need to continue wearing it.”

“We’re in the midst of the second wave right now,” Vicksburg physician Dr. Randy Easterling told the Board of Mayor and Aldermen in early December. “It’s going to be worse than the first wave. Buckle your seatbelts because mid-January is going to be a disaster.”

One reason for the potential increasing January numbers, Easterling said, was the holiday parties between Thanksgiving and New Year’s, which he said will help spread the virus.

Doctors hope the introduction of two vaccines will help stem the spread of the virus.

Just before Christmas, some of the personnel at Merit Health River Region began receiving the vaccine, while first responders in Warren County began getting vaccination shots in late December.