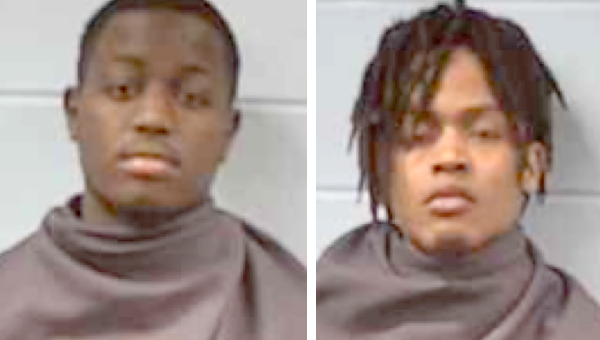 Following an investigation into illegal drug sales in the Enchanted Hills neighborhood, Maurice Marquis Andrews, 20, and Tyrik Rashad Dee, 19, were arrested and charged with felonies.

During his initial court appearance Wednesday, Andrews was charged with felony possession of marijuana, received a $25,000 bond and had his case bound over to the grand jury.

During the same hearing, Dee was also charged with felony possession of marijuana and received a $25,000 from Judge Angela Carpenter. Dee’s case was also bound over to the grand jury.

At the time of their arrest, investigators discovered one and one-half ounces of marijuana, digital scales, baggies and $1,800 in cash.

• On Monday, at 1:04 p.m., officers responded to the LaQuinta Inn, 4160 South Frontage Road, in reference to a theft. The complainant reported someone stole an ice machine off the first floor valued at $3,931.

• On Tuesday, at 12:31 p.m., officers responded to an address on Fort Hill Drive in reference to a residential burglary. The complainant reported someone broke into the residence and tried to steal a washer-dryer stack.

Concerns over COVID-19 are causing some local pastors to consider how to safely continue their church’s Ash Wednesday traditions. Ash... read more