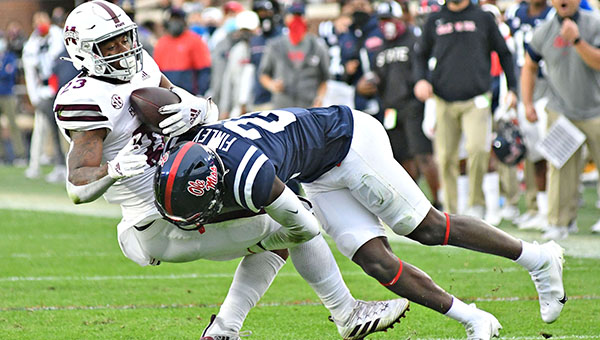 The Egg Bowl will return to its traditional spot as the season finale for Ole Miss and Mississippi State when the college football world — hopefully — gets back to normal this fall.

Ole Miss and Mississippi State will play each other on Saturday, Nov. 27 in Starkville, according to the 2021 schedule released by the Southeastern Conference on Wednesday.

The teams played on Thanksgiving weekend last season as well, but because the schedule was reconfigured by the COVID-19 pandemic it was not the season finale.

Mississippi State will play three of its first four games at home, against Louisiana Tech (Sept. 4), North Carolina State (Sept. 11) and LSU (Sept. 25). Its other game in that stretch is at Memphis on Sept. 18.

The Bulldogs will play at Texas A&M on Oct. 2. An open date follows before reigning national champion Alabama comes to Starkville on Oct. 16.

The back half of the schedule includes road trips to Vanderbilt, Arkansas and Auburn, and home games vs. Kentucky, Tennessee State and Ole Miss.

The season begins with a neutral site game against Louisville, on Labor Day in Atlanta. Two home games against Austin Peay and Tulane follow, and then there is an open date on Sept. 25 before the Rebels go to Alabama for their SEC opener on Oct. 2.
The second half of Ole Miss’ schedule includes SEC home games against Arkansas, LSU, Texas A&M and Vanderbilt, and a road trip to Tennessee on Oct. 16.

The highlight of the non-conference schedule is Nov. 6, when former Ole Miss coach Hugh Freeze brings his Liberty Flames to Oxford.

Each SEC team will play eight conference games — six against division opponents and two against non-division opponents. With 13 playing weekends, the 2021 schedule includes one open date for each team and conference contests scheduled each week beginning in Week Two.

“We are proud to have completed the 2020 football season under unique circumstances and will now focus on playing the 2021 football season as scheduled,” SEC Commissioner Greg Sankey said in a statement. “Circumstances around the COVID-19 virus will continue to guide our decision-making should any adjustments need to be made.”

Other games of note involving SEC teams for next season include:

• Two big non-conference games on opening weekend with Alabama vs. Miami in Atlanta, and Georgia vs. Clemson in Charlotte.

• LSU will make a unique road trip when it plays UCLA for the first time ever in the Rose Bowl on Sept. 4.

• In Week 3, Auburn travels to play Penn State, while Alabama and Florida meet in Gainesville in a rematch of last year’s SEC championship game.

• Alabama begins its tour of Mississippi when Southern Miss visits Tuscaloosa on Sept. 25. It’s the first of three consecutive games for Alabama against Mississippi teams. The Tide hosts Ole Miss the following week and visits Mississippi State on Oct. 16, with an open date in between.

• Rivalry weekend on Nov. 27 will include not only the Egg Bowl, but the return of a number of traditional non-conference rivalries — Florida State at Florida, Georgia at Georgia Tech, Kentucky at Louisville and Clemson at South Carolina.
All of those series were suspended in 2020 when both the Southeastern Conference and Atlantic Coast Conference opted to play conference-only schedules.

• The SEC championship game will once again conclude the season, Dec. 4 in Atlanta. 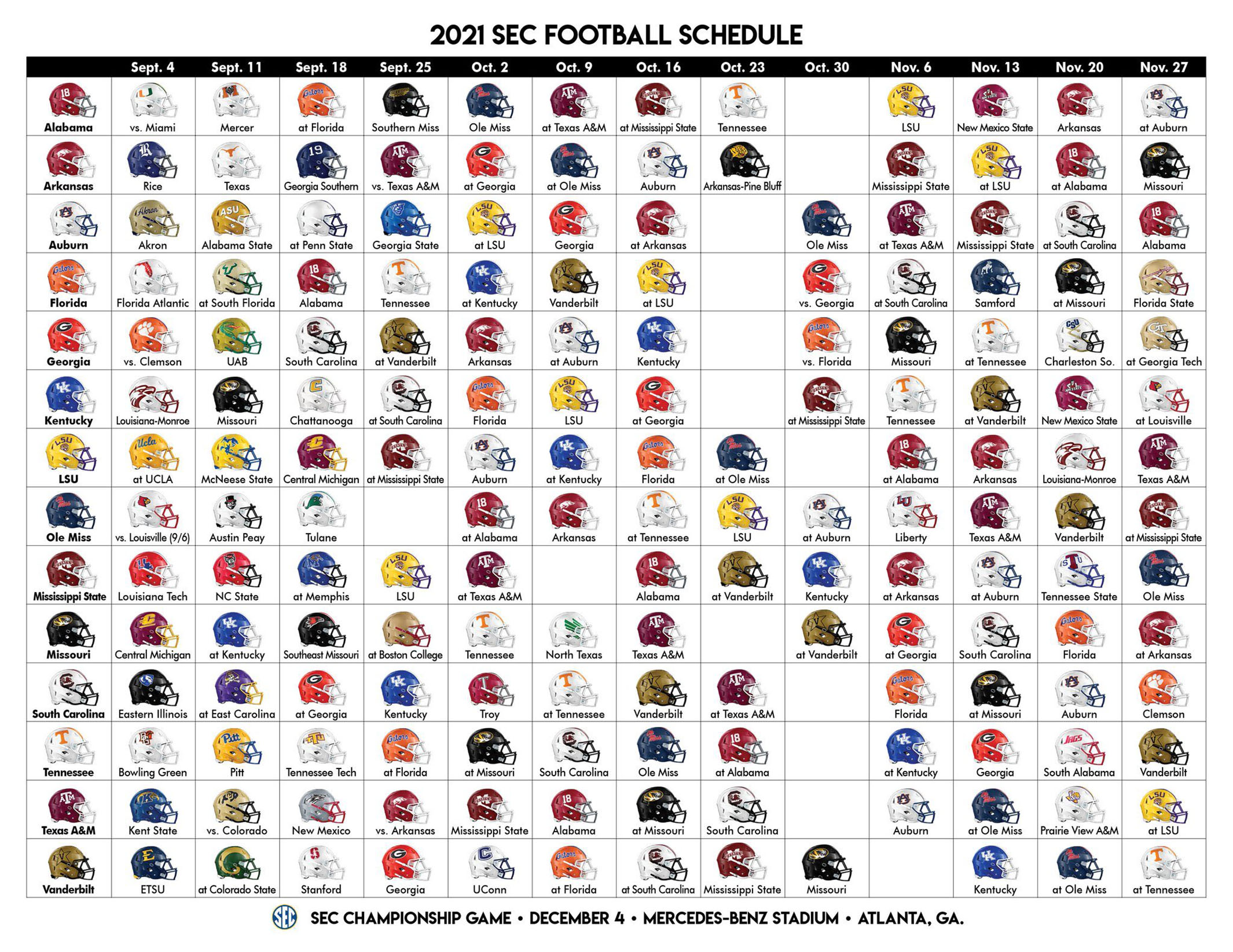