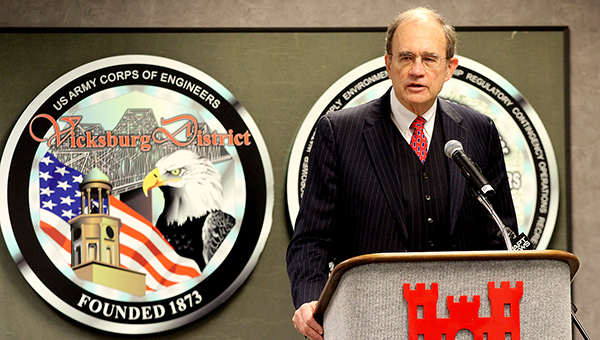 JACKSON (AP) — Mississippi residents who skip some elections would risk being purged from voter rolls, under bills being considered at the state Capitol.

Critics say the proposals would endanger constitutional rights in a state where some older Black residents still remember facing violence or economic repercussions for registering to vote.

Supporters of House Bill 4 and Senate Bill 2588 say keeping voter rolls up to date can be difficult, and poorly kept rolls can make it challenging for courts to find enough people for jury duty.

Under current Mississippi law, county election commissioners may remove a person’s name from a voter roll if that person has died, moved away, been judged mentally incompetent or been convicted of a disenfranchising crime.

The bills say commissioners also would be required to remove the name of a person who fails to vote at least once during a four-year period and fails to respond to certified mail from the election commission that seeks to confirm the person still lives at the address where he or she is registered.

Voters’ names could not be purged from the rolls within 90 days of an election, and the county would have to maintain records for at least four years showing a purged name and the reason the name was removed from the rolls.

Lt. Gov. Delbert Hosemann said he supports the bills, which are based on an Ohio law that was upheld by the U.S. Supreme Court in a 5-4 ruling in 2018.

Hosemann served 12 years as secretary of state, Mississippi’s top election official. He told reporters Thursday that having a system to keep accurate voter rolls is important.

“I don’t think you need to go further than the last election to see people have questions about that,” Hosemann said.

Rep. Zakiya Summers of Jackson is a former Hinds County election commissioner. She said during a House Apportionment and Elections Committee meeting Thursday that Mississippi needs to make voting easier, not more difficult.

“We need to be very careful before we put something like this in statute that is actually going to disenfranchise voters in the state of Mississippi, with the history that Mississippi has when it comes to voting rights and enfranchisement,” Summers said.

Rep. Jansen Owen of Poplarville is one of the few Republicans expressing concerns about the bills so far. During the committee meeting, Owen asked: “If something happens and I am unable to respond to a notice or I don’t receive it or, you know, my wife throws it into the trash just like she always does, then I’m going to be purged from the voter rolls, even though I’m a consistent voter?”

A staff attorney for the Apportionment and Elections Committee told Owen that a person could not be purged from the voter rolls just because of failure to respond to certified mail; the person would also have to not vote for four years — a period that includes a presidential election, a federal midterm for congressional seats and a statewide election for governor and other officials.

Caren Short, senior staff attorney for the Southern Poverty Law Center Action Fund, said in a news release that the bills are “extreme” and would have “a disproportionately harmful effect on Black voters, young voters and lower-income voters.” She also said that if either bill becomes law, the center “will consider all its options to ensure that Mississippi voters are not punished for failing to vote.”