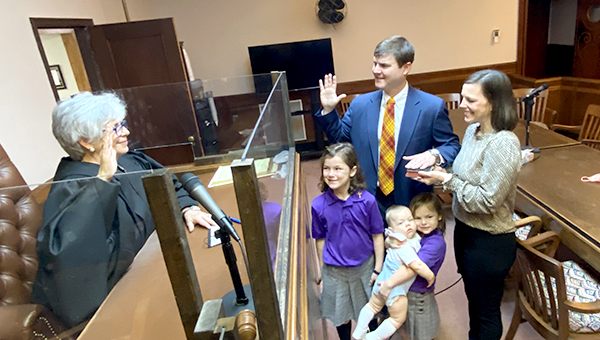 McMillin, who will serve in the position through November’s special election, was selected by the Warren County Board of Supervisors to fill the position left vacant by Ken Harper who resigned in September.

“I’m ready to get to work,” McMillin said. “There are a number of cases that we need to get into right away.”

McMillin was selected by the supervisors from four “qualified” candidates who vied to fill the vacant position.

Harper, who defeated McMillin during the general election in November 2019, resigned abruptly in September but tried to rescind the resignation three days later. After months of discussion and requests for information from the Mississippi Attorney General’s Office the resignation was finally accepted by supervisors in December.

McMillin will serve in the job on an interim basis until a special election is held in November. He said he does plan to run in that special election to serve out the remaining years of the term.

People of all ages, races and denominations gathered on the lawn of Merit Health River Region Hospital Sunday for a... read more