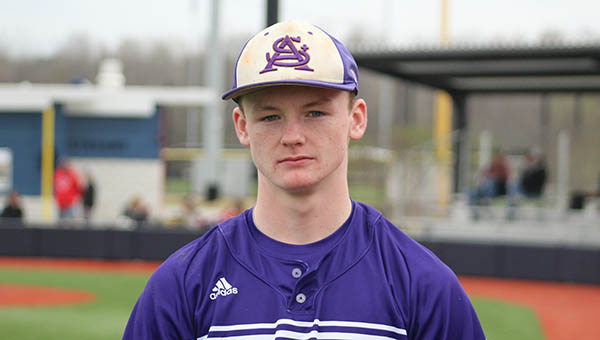 St. Aloysius baseball player Brandon Steed went allowed one run in five innings on the mound, and also hit an RBI single and scored two runs in a 6-1 win over Bayou Academy on Monday.

Eleven months and nine days after their last baseball game, the St. Aloysius Flashes returned to the field and walked away a winner.

Steed also hit an RBI single and scored two runs for St. Al. He allowed three walks, a hit and an unearned run in the first inning and then settled down. After the shaky start, Steed only allowed one more hit and one more walk before leaving at the end of the fifth inning. He finished with four strikeouts.

Tristan Wilbanks pitched the last two innings without giving up a hit, walked one batter and struck out five. He also hit an RBI single in the third inning.

Seven St. Al players had at least one hit, but Ben Raines was the only one with two. Warnock, Steed and Carter Magee — the first three batters in the lineup — scored two runs apiece.

St. Al will next play Friday at 6 p.m. against Washington School, at Bazinsky Field.

Nick Monistere pitched three innings of no-hit ball and hit a grand slam during a 10-run fourth inning as Northwest Rankin routed Warren Central in the weather-delayed season opener for both teams.

Monistere and Bryce Stein combined on a four-inning no-hitter. Monistere struck out seven batters in the first three innings, and Stein struck out the side in the fourth.

Warren Central’s only run came in the bottom of the third inning. Blake Channell was hit by a pitch and eventually scored on a passed ball to cut it to 4-1. Northwest Rankin escaped the inning without further damage, however, and then had nine hits in its big fourth inning to blow the game open.