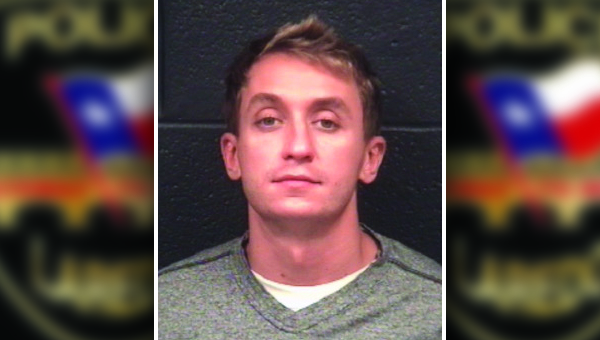 LAREDO, Texas — A Vicksburg man has been captured and arrested in connection to the murder of another Vicksburg man in Laredo, Texas.

The Laredo Police announced it has charged Colton Quade Branning, 30, of Vicksburg, with murder in connection to the late February death of Justin Heath Allen, also of Vicksburg.

On Feb. 23, an officer with the Laredo Police Department, while on regular patrol duties, found an unresponsive man lying at the end of a dead-end street. Additional units soon responded and confirmed that the victim, later identified as Allen, 25, was dead.

Through their investigation, Branning, who traveled to Laredo with Allen, was identified as the main suspect in Allen’s murder.

A warrant was approved for murder and was served by the Covington Police Department in Louisiana on March 4. With the assistance of the Texas Rangers Division, Laredo Police investigators traveled to Covington and took custody of Branning.

Branning was extradited back to Laredo, Texas on Monday, where he was booked and remanded to the Webb County Jail where he was held in lieu of a $250,000 bond.

Branning’s name last appears in local criminal records in May 2014, when he was arrested for a probation violation. In 2009, Brannon was convicted of simple assault on a police officer.

A memorial service and inurnment for Allen were held Saturday at Forrest Memorial Park in Batesville.

He is survived by his two sons, Kaston Lee Allen and James Dennis Allen of Vicksburg; his sister, Kamryn Allen of Hernando; his brother, Zack Allen of Oxford; his mother, Joey Overstreet Bruckner (Sean) of Hernando; his father, Heath Allen (Kelly) of Batesville; paternal grandparents, Jimmy and Karen Allen of Batesville; maternal grandparents, Larry and Jonie Overstreet of Oxford; and a host of nieces and nephews.