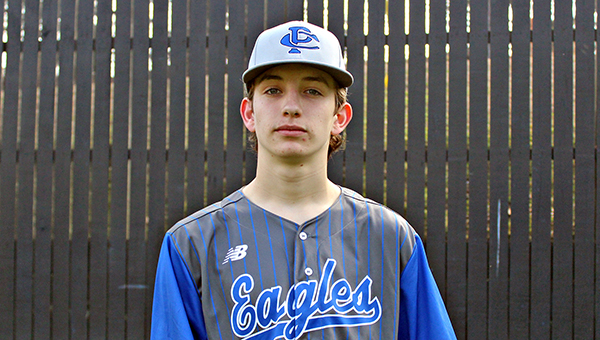 Porter’s Chapel Academy baseball player Jace Riggs scored the game-winning run on a wild pitch in the bottom of the seventh inning Thursday as the Eagles beat Greenville Christian 10-9.

PCA’s batters struck out 15 times in the game, but drew nine walks and had seven hits. Ricky Carraway was 2-for-3 with two RBIs, and Taylor Osborne doubled and scored two runs. Brayson Morson also had a pair of hits and an RBI.

PCA pitcher Chase Hearn allowed seven runs in 5 1/3 innings, but only one of them was earned. He walked one batter and struck out seven, and wound up with a no-decision. Zach Ashley got the win after working 1 2/3 innings of relief.

On Tuesday, PCA scored three runs in the top of the sixth to beat Greenville Christian 4-3.

PCA (5-6, 3-0 District 4-2A) remained undefeated and in first place in district play. It will play a non-district game Saturday at home at 5 p.m. against crosstown foe St. Aloysius, and then a home-and-home district series vs. Manchester Academy next week.

The 2021 Mississippi State Gymnastics Championship got under way Friday morning at the Vicksburg Convention Center. The meet will include... read more