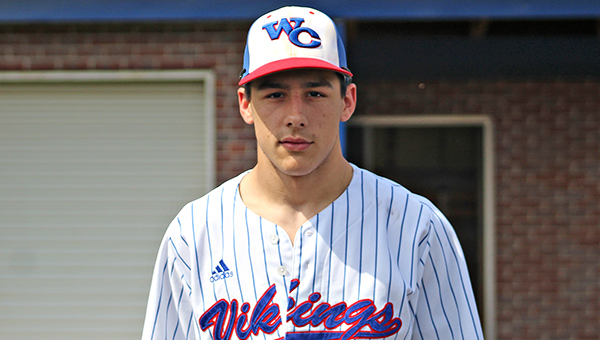 Warren Central’s seventh-inning collapse Monday served only to set up perhaps its best moment of the season.

The Vikings blew a four-run lead in the seventh inning, but Blake Channell’s two-run, two-out single gave them a 7-6 walk-off victory over Ridgeland.

The Vikings scored three times in the first inning and twice more in the third to build a 5-1 lead, but Ridgeland came back to score five runs in the top of the seventh to go in front 6-5.

Richard Mays hit an RBI triple and scored on a single by Marquiel Thompson, and Jaylon Boarden’s double gave the Titans their first lead of the game. Ridgeland (4-5) strung together four consecutive hits and batted around in the inning.

Warren Central, however, answered in the bottom of the seventh. Cooper Orman singled, Shealy walked and Elijah Gonzalez singled to load the bases with two outs. Channell then singled to right field, bringing in Orman with the tying run and Shealy with the winning run.

Warren Central (3-9) has won two of its last three games, and will host Germantown Thursday at 7 p.m.

Simpson Academy 1, St. Aloysius 0
Crosby Mullins hit an RBI single in the bottom of the first inning, and Warner Watkins made it stand up with a stellar pitching performance as Simpson Academy (12-8, 1-3 MAIS District 3-4A) defeated St. Aloysius (12-4, 2-2) on Monday.

Watkins allowed four hits in a complete-game shutout. He only walked one batter and struck out six to outduel St. Al’s Tristan Wilbanks.

Wilbanks pitched a six-inning complete game. He allowed eight hits and walked two, while striking out eight. The one run he allowed in the first inning was unearned.

St. Al had a five-game winning streak snapped, and was shut out for the third time in its four losses. St. Al and Simpson will play a doubleheader Friday at Bazinsky Field, beginning at 4 p.m.

Reed Marberry went 2-for-3 with a home run, double and three RBIs for Tri-County. His RBI double in the third inning brought in the game’s first run, and he hit a two-run homer in the sixth.

PCA’s only run of the game came in the top of the seventh inning, when Chase Hearn walked and scored on a double by Thomas Azlin.