St. Al baseball team in quarantine after coach is diagnosed with COVID-19 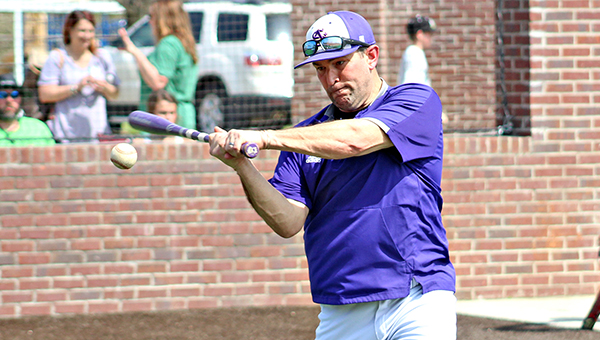 St. Aloysius baseball coach Sid Naron hits a round of infield to his players before a game against Pisgah last week. Naron has been diagnosed with COVID-19, and the Flashes have postponed their next five games while players are in quarantine. (Ernest Bowker/The Vicksburg Post)

St. Aloysius’ baseball team has postponed at least its next five games and sent its players into quarantine after head coach Sid Naron was diagnosed with COVID-19.

St. Al athletic director Mike Jones said Naron was diagnosed after Monday’s 1-0 loss to Simpson Academy, and it’s uncertain when he will be back with the team. If Naron is unable to return right away, Jones said assistant coach Jay Harper would serve as head coach in Naron’s absence.

St. Al and Simpson Academy were scheduled to play a doubleheader Friday at Bazinsky Field, but that game has now been postponed. Three games next week against Park Place Christian Academy have also been postponed. Jones said no makeup dates have been set yet. The games must be played before the scheduled start of the MAIS baseball playoffs on April 19.

St. Al’s next scheduled game is April 6, at Bazinsky Field against Hartfield Academy.