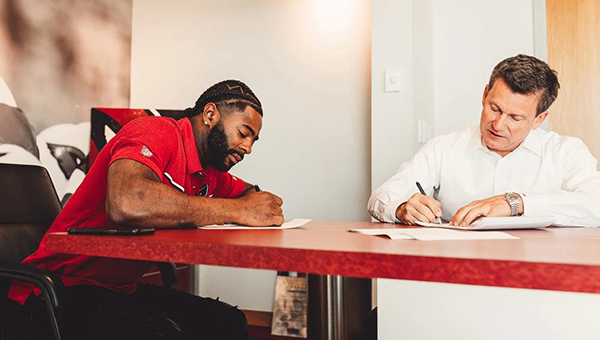 Editor’s note: This article has been reprinted with permission from AZcardinals.com

GLENDALE, Ariz. — A new No. 1 cornerback was guaranteed for the Cardinals the day Patrick Peterson officially left for the Vikings, but under the circumstances, Malcolm Butler may be the perfect stand-in.

The veteran cornerback and Vicksburg native finished 2020 with a flourish and felt it was one of his best seasons. He had the play of his career at State Farm Stadium. And he has historically worn jersey No. 21, Peterson’s old number — although what Butler will officially wear has yet to be announced.

“Not too many people can replace Patrick Peterson,” Butler said Tuesday, prior to signing his one-year Cardinals contract. “I’ve got a lot of respect for him. I’m not sure about the jersey number. I’m just excited about being with a new team.”

His new team is equally excited. His arrival came days after GM Steve Keim said the “one thing you don’t want to do is panic” when it came to finding cornerbacks, and then Butler ended up in Tempe.

NFL Network also reported that free agent cornerback Quinton Dunbar, formerly of the Seattle Seahawks, is scheduled to visit the Cardinals as well. Another veteran makes sense, to add to slot cornerback Byron Murphy and veteran Robert Alford on the roster. If Keim can nail down four guys with experience, it means they go into the draft with a probable desire — but not a need — to select a cornerback in rounds one or two.

Butler called his choice to come to Arizona “an easy decision,” not a surprise with the opportunity sitting there after Peterson’s departure.

Ah yes, Super Bowl 49, the game in which Butler made his name. His goal-line interception of Russell Wilson saved the Patriots’ win against the Seahawks at State Farm Stadium. He called it “amazing” that the field on which he made his NFL name now will be his home stadium, but acknowledged he hadn’t thought much about it until he agreed to sign and it was consistently brought up.

One twist: With Butler now playing in the NFC West, he will get to play in Seattle for the first time in his career, as perhaps the greatest villain in Seahawks history.

“I’m pretty sure there will be some tension whenever I go to Seattle,” Butler said. “But it’s not about Russell Wilson and the Seattle Seahawks. It’s all about Arizona and what I can do for this team and how I can make it better.”

That process began when he went to dinner with defensive coordinator Vance Joseph and cornerbacks coach Greg Williams Monday night. Butler, who had four interceptions last season and 14 passes defensed, turned 31 earlier this offseason and will be the leader at the position.

He may not talk quite as much as Peterson, who used his verbal skills as much as his prodigious talent. Butler emphasized he’s a lead-by-example type.

“You can’t lead a group if you’re always talking,” Butler said. “You’ve got to be about that action.”

Butler is certain he’ll show that with the Cards. He was supposed to make more than $10 million this season from the Titans before he was cut in a salary cap move and landed in Arizona for about half that, but said there is no “bad blood” for such a business decision.

Being available in a salary-cap depressed market didn’t bother him either. It led him to the Cards, after all.