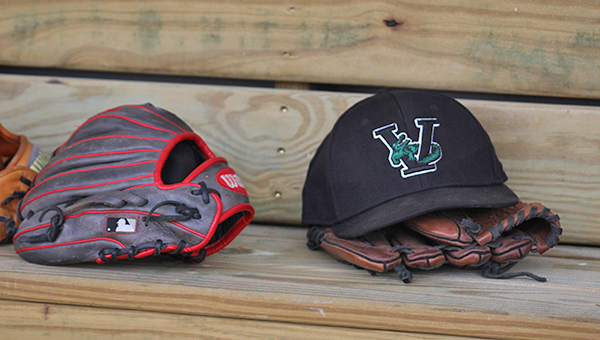 Vicksburg and Ridgeland got their baseball game in just ahead of Friday night’s stormy weather, but the Gators might have been better off waiting another day.

Jarvis Woody needed only 54 pitches to breeze through a five-inning complete-game shutout, and he helped his own cause by going 2-for-3 with one RBI at the plate as Ridgeland beat Vicksburg 10-0 Friday afternoon at Sports Force Parks.

Woody only struck out four batters, two of them in the first inning, but also allowed just three hits and no walks while forcing soft, early contact from most of the Gators’ hitters. He threw three pitches or less to 12 of the 18 batters he faced. Nine of Vicksburg’s 15 outs were strikeouts or ground outs, and one runner was picked off.

His opponent, Vicksburg’s Terrance Johnson, allowed 11 hits and two walks in five innings. After making it out of the first inning unscathed, Johnson gave up six hits and seven runs in the second inning as the Titans surged to a 7-0 lead. Six of the seven runs were scored with two outs.

Montravious Winn drove in two runs with a triple in the second inning, Jaylon Boarden brought in two more with a double. Woody finished the rally with an RBI single.

Winn’s triple was part of a 4-for-4 day. He finished with two RBIs and two runs scored. Boarden was 1-for-2 with two RBIs, and Ty’lan Granderson also hit an RBI triple in the fourth inning.