Madison Central flexes its muscle in sweep of Warren Central 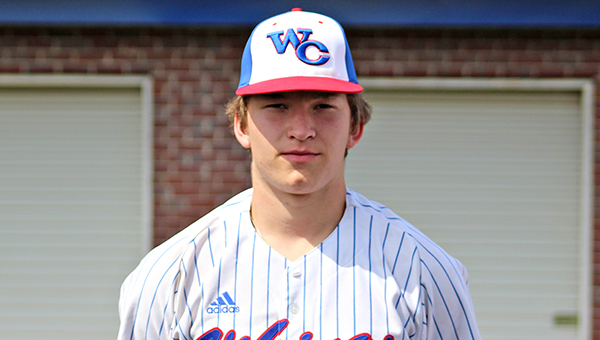 The first time they tangled with Madison Central, Warren Central was able to slow the Jaguars to a crawl and take some solace in a competitive defeat.

The second time, that was not the case.

Madison Central — the No. 1 ranked team in the country by MaxPreps.com — scored in every inning of a doubleheader on Saturday and swept the Vikings 16-3 and 13-2.

Madison Central (21-0, 6-0 MHSAA Region 4-6A) shut out Warren Central 6-0 when the teams played in Vicksburg on Tuesday, and swept the season series to remain undefeated. It has won 27 consecutive games dating back to last season.

Warren Central (4-16, 1-5) did, however, take an early lead in game one of Saturday’s doubleheader. Ismael Trujillo led off the game with a walk, got to second on a balk and then third on a fly out, and scored on a ground out by Braxton McCurley.

From then on, it was almost all Madison Central. Braden Montgomery hit a two-run home run in the bottom of the first to put the Jaguars ahead 2-1 and they never trailed again.

The Jaguars added three runs in the second inning and four more in the third to push the lead to 9-2. Another seven runs in the fourth inning, capped by a three-run homer by Hunter Hines, led to a mercy-rule shortened 16-3 win.

Hines finished game one 2-for-3 with a home run and three RBIs, and Catlin Sanders was 2-for-4 with four RBIs for Madison Central, which had eight of its 16 hits go for extra bases.

Montgomery finished a single short of the cycle. He was 3-for-4 with a home run, double, triple and two RBIs.

McCurley was 2-for-3 with two RBIs for Warren Central, and Trujillo walked twice and scored two runs.

Madison Central was the visiting team on its home field for game two — the teams were rained out Friday and made it up as a doubleheader instead of adding another date to the schedule — and picked up where it left off in the opener.

Connor Chisolm hit a two-run single during a four-run rally in the first inning, and the Jaguars added four more in the second on their way to a 13-2 run-rule victory.

Trujillo doubled and scored a run for Warren Central, while McCurley was 1-for-2 with a walk, one RBI and one run scored.