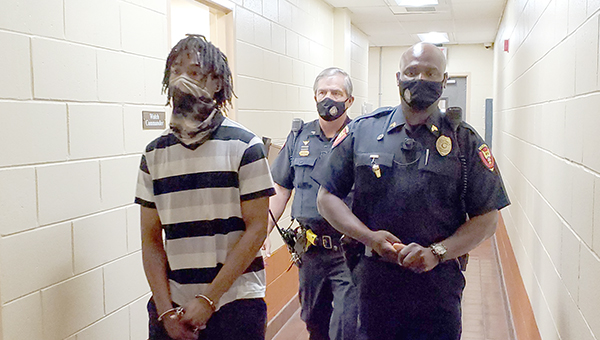 Christopher Deion Rand, 25, was arrested Saturday in Claiborne County and charged in the incident that claimed the life of 45-year-old Tanya Hackler of Florence.

During the hearing Monday, Judge Penny Lawson set Rand’s bond at $150,000 and bound his case over to the grand jury. He is charged with one count of felony leaving the scene of an accident resulting in personal injury or death.

The incident occurred at around 5 a.m. Friday, and for much of the day, officials searched for a Nissan Titan truck that was involved in the accident. At around 2:30 p.m. Friday, the 2010 dark gray truck that Rand was reportedly driving was found abandoned in the rear of the parking lot at the Dixiana Motel, 4041 Washington St.