Argument between two men on Washington Street leads to shooting 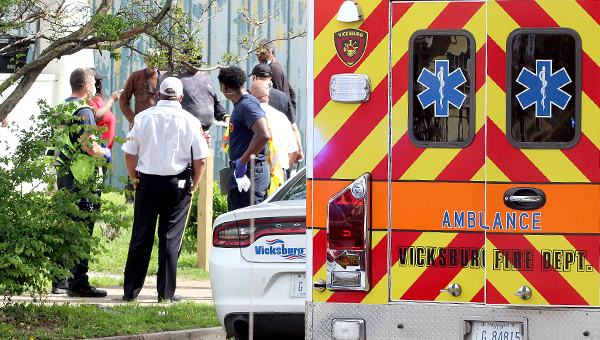 The Vicksburg Police Department and emergency medical personnel were dispatched to a reported shooting in the 3100 block of  Washington Street Thursday afternoon.

Just after 3:15 p.m., officers were dispatched to the 3100 block of Washington Street where they have found one person with a knife wound to the hand and another suffering from a gunshot wound to the leg.

The man shot in the leg was taken by ambulance to Merit Health River Region. The other suspect was treated at the scene and transported to the Vicksburg Police Department.

Vicksburg Police Chief Milton Moore said the wounds were the result of an argument between the two men. He said both knew each other and one man was working on a house for the other.

Moore said the case remains under investigation but both men are expected to be charged.