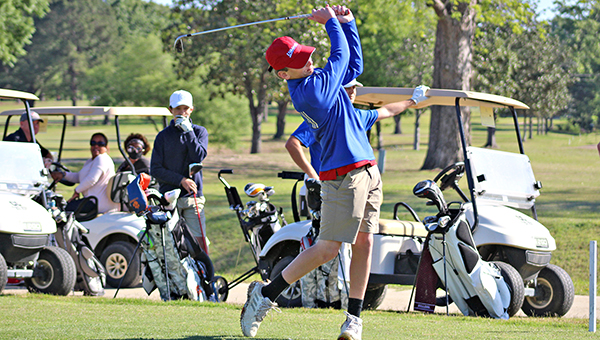 Warren Central’s golf teams were chasing a number more than a championship on Tuesday, and a few shots here and there kept them from catching it.

Hartley Sullivan turned in a top-five finish for Warren Central’s boys’ team, but it totaled 370 as a team at the MHSAA Region 4-6A tournament at Clear Creek Golf Course. That was 10 higher than the cutoff for the Class 6A state tournament, meaning the Vikings’ season came to an end on their home course.

Brandon Turner shot a 94, Zac Boyd a 95, and Haydon Jones 103 to finish Warren Central’s team scoring. Harber Williams shot 109 and Jackson Lafferty 112, but only the top four scores count toward the team total.

“We had four new golfers, so we’ll use this as a learning experience and get back after it next year,” Warren Central coach Matt Williams said.

Madison Central had the four lowest individual scores of the tournament and shot 287 as a team to win the region title. Spence Davis was the medalist after shooting 68, David Beard was second with a 70, Tucker Gutierrez third at 74 and George Tickner fourth at 75.

Clinton finished second in the team standings, with a 340 team score. Nicholas Nixon was the Arrows’ low scorer, with an 82. Price Nixon, Hugh Smith, Braden Crisler and Chad McNeece all shot 86.

Madison Central also won the girls’ tournament, with a team score of 178. Bella Bach was the medalist, with an 85, and Shelby Jayroe finished second with a 95.

Clinton’s Maddie McNeece was third with a 98, and was the only other golfer to break 100. Clinton finished second in the team standings with a score of 209.

Warren Central finished third, with 242, and missed the cut to qualify for the girls’ Class 6A state tournament.