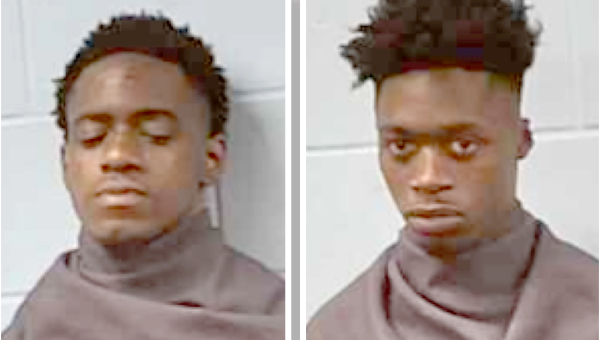 Patrick Keys, 19, of Jackson, and Lamario Hicks, 19, of Pearl, were arrested after the vehicle they were in wrecked as it attempted to avoid police.

Just before 2 a.m. Wednesday, an officer made contact with a 2008 Chevrolet Impala as it sat in the middle of the intersection at Clay and Walnut streets. As the officer approached the car, it fled south in the direction of Interstate 20, refusing to stop.

As the Impala tried to turn onto the Interstate 20 eastbound on-ramp it struck a curb and came to a halt. Three occupants bailed out of the car. Two were soon apprehended. The third suspect is still at large.

Keys and Hicks were both charged with one count of receiving stolen property.

During their initial court appearance Wednesday, both received a $15,000 bond from Judge Penny Lawson.

The third suspect remains on the loose and has not been named by authorities.

The victim reported someone stole a Trek Top Fuel Mountain bike valued at $6,000.

• On Tuesday, at 11:54 a.m., officers responded to a residence in the 100 block of Fayette Street in reference to a theft. The victim reported someone stole an iPhone 12 and a Samsung S21 valued at $999.99 each from her front porch.