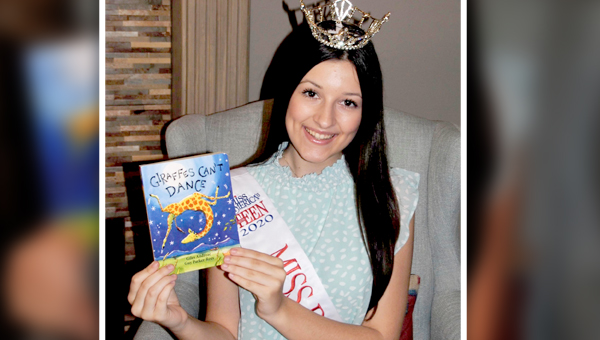 It’s not Vicksburg resident Karly Henderson’s first time to be on the stage for the Miss Mississippi’s Outstanding Teen Competition. But it will be the first time the St. Aloysius sophomore will be on it competing for the title.

“For years, I’ve dreamed of one day competing on that stage, and now it’s finally my turn and I am so ready,” Henderson said.

Competing as Miss Dixie’s Outstanding Teen, Henderson was introduced to the MMOT Competition at an early age. She was a Petite Magnolia Belle, which is a mentorship program designed to give participants their very own MMOT experience.

Henderson later served as a Magnolia Belle in the Miss Mississippi Competition, so she is well aware of all the opportunities competing can offer.

“I’ve seen how this organization helps girls grow and turn into young women, not to mention the incredible scholarship opportunities the organization offers,” she said.

Henderson, along with the 29 others competing for the title, will begin their chase Saturday with preliminary competitions at the Vicksburg City Auditorium. The finale will be Sunday afternoon at 3 p.m.

In preparation for a chance at the crown, Henderson said she has been concentrating on all phases of the competition.

“I am a dancer, so for talent, I have been at the Vicksburg YMCA every single night running my dance over and over again. Muscle memory is super important,” she said. “And I’ve done that dance so many times I don’t think I’ll ever forget it.”

For the interview phase, Henderson Facetimes with her coach, who she said quizzes her on a variety of topics. She also said she has been walking “up and down the stairs and all around her house” in her heels and a long dress practicing for evening gown phase of the competition.

“The preparation has been no joke. I have worked so hard for this,” she said. “I am just ready to get out there, have fun, and do my very best.”

Henderson said the hard work getting ready for the competition has been made easier by the tremendous support and encouragement she has received.

“I have so many amazing people in my life who support me and have helped me prepare,” Henderson said. “My friends have been super supportive of me competing and I am so very thankful for the opportunity to compete at MMOT, and I hope to make my family and friends proud.”

The grass was a little greener along some of Vicksburg’s streets Thursday — not because gorgeous spring weather has allowed... read more