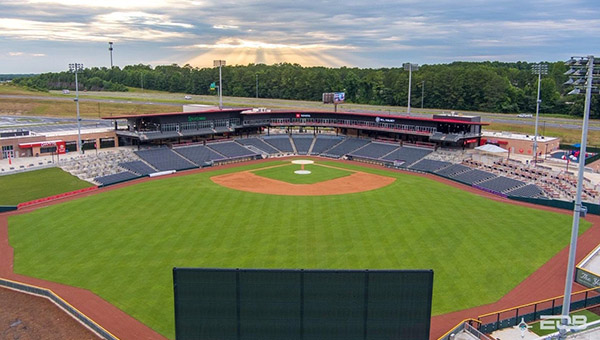 Toyota Park in Madison, Ala., will host the 2021 Southwestern Athletic Conference baseball tournament after it was moved out of Jackson, the league announced. (Courtesy of the SWAC)

BIRMINGHAM, Ala. — The Southwestern Athletic Conference gave one of its championship events to Jackson this week, and now it’s taking one away.

The SWAC announced that it has relocated its conference baseball tournament from Jackson to Madison, Ala. “due to enhanced COVID-19 protocols.”

The tournament was scheduled to be played at Smith-Wills Stadium from May 19-23. Now it will be at the newly constructed Toyota Field in the Huntsville, Ala., suburb of Madison.

In a release announcing the decision, the conference did not give any specifics on what the protocols are. WAPT-TV in Jackson reported that SWAC commissioner Dr. Charles McClelland said Smith-Wills did not meet the league’s requirements for hosting an eight-team tournament over four days.

The decision came days after the SWAC announced it will play its football championship game at Veterans Memorial Stadium in Jackson on May 1.

“We deeply regret the lost opportunity to host the SWAC baseball tournament this year and we eagerly anticipated the fulfillment of the contract in providing a facility that was up to par for the SWAC,” Tim Bennett, of Overtime Sports and the Hank Aaron Sports Academy, who oversees Smith Wills stadium said in a statement.