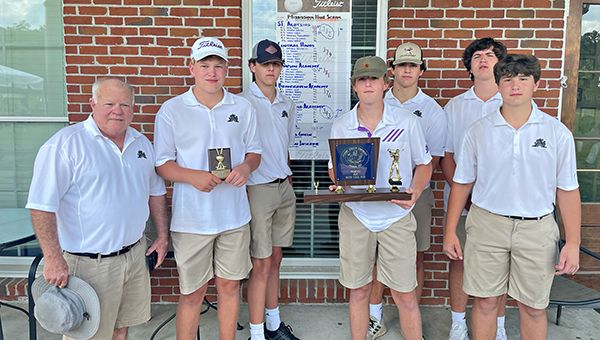 Chase Tucker and Will Keen both finished in the top five of the individual standings, and the Flashes shot 332 as a team to win the MAIS Class 4A South State championship Wednesday at Beau Pre Country Club in Natchez.

Tucker finished third after shooting a 78, and Keen was fourth with an 81. Joshua Larsen also shot 83 and Caleb Tucker 90 to finish the Flashes’ team score. Thornton Fortenberry and Greyson Simmons both shot 99, but only the top four scores count toward the team total.

St. Al qualified for the Class 4A state tournament Tuesday at Northwood Country Club in Meridian.
Cathedral’s Chase Kaiser took medalist honors on his home course by shooting a 72. Simpson Academy’s Joe Berry finished second with a 76. Those two and Tucker were the only golfers to break 80.

Hartfield Academy finished second in the team standings with a score of 343. Brookhaven Academy was third at 376, Central Hinds fourth at 379 and Simpson Academy fifth at 381.