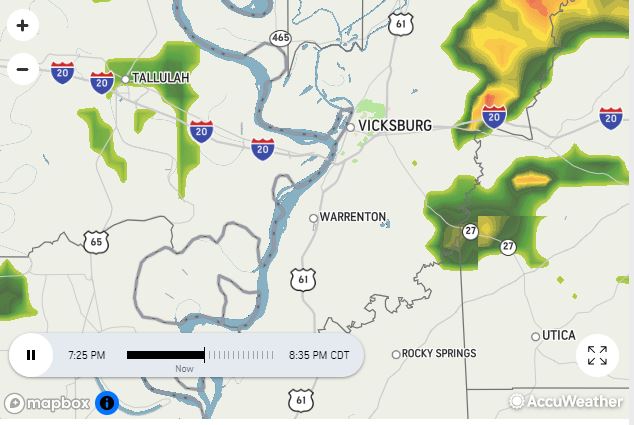 According to the National Weather Service in Jackson, Warren County is currently under a tornado watch.

Meteorologist Latrice Maxie said state-wide the NWS has confirmed damage in Yazoo County. At the time of this update, The NWS had not received reports of damage in Claiborne County, but said the radar indicated that there was a tornado on the ground in the southern parts of Claiborne County near the Tillman and Pattison communities.

Earlier this afternoon, two tornado warnings were issued in Warren County around the Eagle Lake community. Maxie said the initial warning went out at about 4:50 p.m. The warning ended at 6:30 p.m.

“Conditions are favorable for severe storms,” Maxie said. “There may be another storm or two that comes through the area. The risk of severe storms will continue at least until the sun goes down.”

Warren County will remain under a tornado watch until 10:00 p.m.