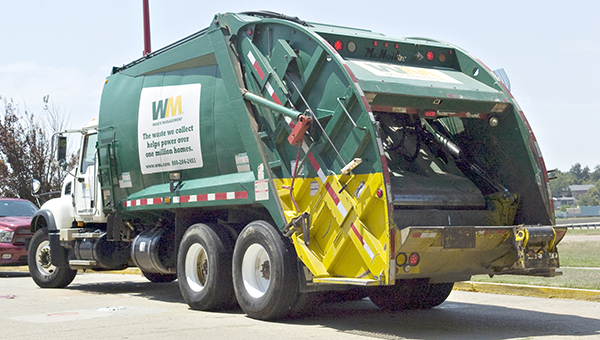 The Warren County Board of Supervisors on Monday approved an amendment to a six-year contract with Waste Management for collection of residential garbage that was originally signed in 2019. The contract amendment will relieve the county from having to collect unpaid fees for those services.

Currently, there is $1.5 million in garbage pick-up fees that have gone unpaid by county citizens over the years. Under the previous contract, Warren County has had to pay those fees on citizens’ behalf.

“Waste Management will continue to send initial quarterly bills but they will now also send reminders in order to collect the debts,” District 5 Supervisor Kelle Barfield said. “They will also collect an administrative fee of $2.17 per month from customers who want to continue to receive paper bills and submit their payments quarterly. Bills remain unchanged for customers who receive their bills electronically and set up auto payments quarterly.”

Of the residential customer charge of $62.46 per quarter, $1.25 per month goes into a fund that Warren County previously received to pay Waste Management for customers who were in arrears. However, the amounts owed exceeded this fund by tens of thousands of dollars annually, with taxpayers making up the additional monies paid to Waste Management. Under the amended contract, Waste Management will retain the surplus fund but will pass no unpaid account balances to Warren County.

Under the new contract, Waste Management would be relieved of turning in quarterly reports previously required to facilitate the county’s accounting of unpaid fees.

District 3 Supervisor Shawn Jackson voiced concern that without quarterly reports, the board would lose all oversight with Waste Management.

After much discussion on moving forward with the amended contract, District 4 Supervisor Dr. Jeff Holland suggested the board come up with a “tailored report” they would require from Waste Management.

It was decided that the amended contract would require Waste Management to provide a “mutually agreed upon account summary” due 30 days after closing each quarter.

Miss Mississippi competition is back with a few changes