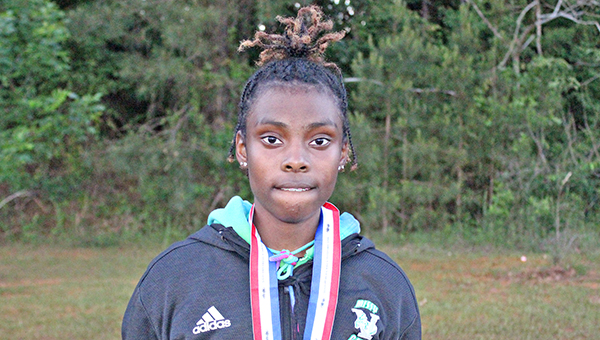 PEARL — It was an unusual day for Vicksburg High at the MHSAA Class 5A state track meet on Thursday. For only the second time in the past decade, the school did not win at least one state championship.Whatever disappointment existed, however, was tempered by optimism that it’ll be the last time that happens for a while.

Vicksburg High’s girls team posted three fourth-place finishes to go along with its only medal — a bronze by sophomore Kalia Bland in the 300 meter hurdles — in eight total events. The Missy Gators’ roster is loaded with freshmen and sophomores, which had coach Deatra Cable smiling despite the lack of medals.

“I think it was a great day. I brought a lot of freshmen. We have two 10th-graders and we only have one junior,” Cable said. “Kalia (Bland) and Layla (Carter) are my 10th-graders, and everybody else is ninth-grade. We’re going to be a force to reckon with. I think we did good today.”

Bland finished third in the 300 hurdles to account for the Missy Gators’ lone medal. She posted a time of 49.33 seconds, well behind winner Lanasia Drummond of Hattiesburg (47.48 seconds) and runner-up Chole Gillis of Grenada (47.98).

Cable said all of her athletes set personal records, however. Especially impressive was the 4×800 meter relay that chopped its time by nearly a minute over the course of the monthlong postseason. The team of Kadajia Allen, Chrstiana Nevels, Layla Carter and Terri Boyd finished fourth in 11 minutes, 6.20 seconds. Saltillo won the event in 10:02.15.

Confusion over lane assignments and several collisions during the 4×100 led meet officials to order a rare rerun at the end of the meet. After the final team standings were announced, and as several teams posed for pictures with their championship banners in the infield, five of the original eight teams returned to the track for the do-over.

Ridgeland and Lafayette were disqualified after the initial race. Vicksburg finished sixth originally, but elected to head for the bus instead of running again. Gautier wound up winning the title with a time of 49.91 seconds.

It was a strange ending to a day Cable said was a good one for her team.

“We had a good day. As long as we’re competing, we could be in dead last and I’m good with that,” she said. 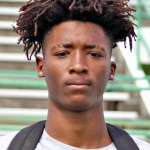 Vicksburg’s boys’ team only had one athlete in the Class 5A meet, and he managed to win a medal. Senior Jaevon Walker finished second in the 300 meter hurdles, and was also fourth in the 110 meter hurdles.

Walker was leading late in the 300 when he said he ran out of gas. Hattiesburg’s Javarius Molden passed him up and won with a time of 40.46 seconds. Walker crossed the line a half-second later, in 40.99 seconds.

“I was in first and then he just caught more wind and it came to a close race at the end. He beat me,” Walker said. “Everybody wins a race, everybody loses a race. It’s nothing to get sad about. Just move on to the next. I did what I could.”

In the 110 meter hurdles, Walker said a late misstep cost him a medal. He was a full second behind winner Brendan Toles of Lafayette, but only .26 seconds away from beating Gautier’s Mekhi Redmond for third.

“Second to last hurdle I stumbled and had to hurry to catch up,” Walker said. “I got fourth, but couldn’t get to the top three. I did what I could.”

Tallulah Academy closes in on trip to Class 1A…