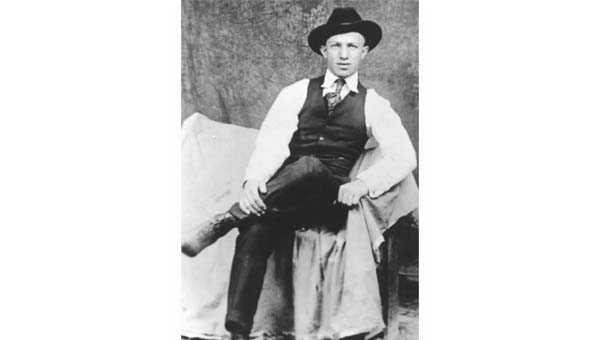 Editor’s Note: This column was submitted by Richard Friedman, associate editor of Southern Jewish Life/Israel InSight magazines. Friedman can be reached at richardfriedman36@gmail.com.
He was a pioneer, a bit of a legend, a go-to guy, a successful businessman and someone who understood the importance of Jews stepping forward to play leadership roles in small Mississippi towns.
His name was William “Willie” Sklar and though decades have passed since he made his mark, he is remembered not only by his family but by historians as a unique and impressive figure in the annals of Mississippi Jewish history.
Willie lived in Louise, a tiny dot on the Mississippi map, 60 miles from Vicksburg. In his day Louise had about 500 residents. Willie served his town in many roles and was mayor for 24 years.
“Folks in Louise and the adjacent area would often come to my grandfather for advice and guidance,” says his grandson Brad Sklar, an attorney and civic leader in Birmingham.
Willie, born in 1898, was a force in Louise for more than 50 years. He owned a farm, a dry goods store and a furniture store. He died in 1974 at the age of 76.
Jerry Sklar, Willie’s son and Brad’s dad, who also lives in Birmingham, remembers, “He was a man of few words, but when he spoke my sister and I listened and so did a lot of the town’s people.”
Jerry also has strong ties to Vicksburg.  His wife, Jean Marcus Sklar, was raised in Vicksburg.  She was one of three children of Herman and Reva Marcus.
Jean’s father was part of Marcus Furniture Company which has existed since 1899, having moved to its current location at 1210 Washington Street in 1922.  It is operated today by Jean’s brother Don’s sons, Steven and Miles Marcus.
What is especially significant about the Willie Sklar story is what he represented: A Jewish immigrant whose family migrated to rural Mississippi in the early 1900s from Lithuania and built a life there that Jerry remembers with fondness to this day.
The Sklars, like many Jewish families in small towns in Mississippi and throughout the Deep South, integrated into the larger civic culture, where they were fully accepted, while still maintaining their Jewish distinctiveness.
Willie’s wife Esther was a significant presence in Louise as well. Having grown up in nearby Yazoo City as a member of a well-respected Jewish family, she was well-known throughout the area.
The Goldring/Woldenberg Institute of Southern Jewish Life, based in Jackson, sees Willie as an important figure in the state’s Jewish history. He is featured prominently on the Institute’s website.
“For the most part, Jews have enjoyed remarkable acceptance in Mississippi,” notes the Institute. “Willie Sklar was mayor of Louise for 24 years…This civic involvement was not unique to Mississippi, as Jews across the South were elected to public service positions. In each case, the vast majority of their votes came from non-Jews.”
What makes his story especially significant is that not only were the Sklar’s the only Jewish family in Louise but also that he was mayor for nearly a quarter of a century.
Jerry’s upbringing in Louise was barrier-free when it came to being Jewish.
In fact, in Yazoo City, 15 miles away from Louise, his mother’s father and other Jewish business leaders were so well-respected that in the 1940s, in response to the Nazi Holocaust, Yazoo City’s Christian citizens raised a substantial amount for the United Jewish Appeal.  This effort was led by former Mississippi governor Haley Barbour’s father.
Growing up in small-town, rural Mississippi in the late 1940s and 1950s, Jerry recalls hearing only one anti-Jewish remark. It came from an opposing player during a basketball game. That player apologized to Jerry the next day.
Willie’s three grandchildren who lived in Alabama and came to visit often, were especially impressed by one thing: After serving several terms as mayor, the local Tastee-Freeze restaurant and ice cream parlor named a burger after their grandfather called the “Willie Burger,” a high honor to be sure.
From Vicksburg to Louise to Yazoo City and throughout Mississippi and the rest of the South,  Jewish immigrants, like Willie Sklar, worked hard, took risks and opened doors for their descendants, never taking America for granted and wearing their Judaism proudly.
Today, Brad and his generation face the challenge of passing that legacy on to their own children who are Willie and Esther’s great-grandchildren. “It’s something that we take seriously. We want them to be proud and grateful for all that life has given to them.”

Frazier: When it comes to Tuesday’s storm, I was fortunate despite the damage

After all the storm warnings that have been issued for the last few months, I’ve been lucky. Amazingly I never... read more