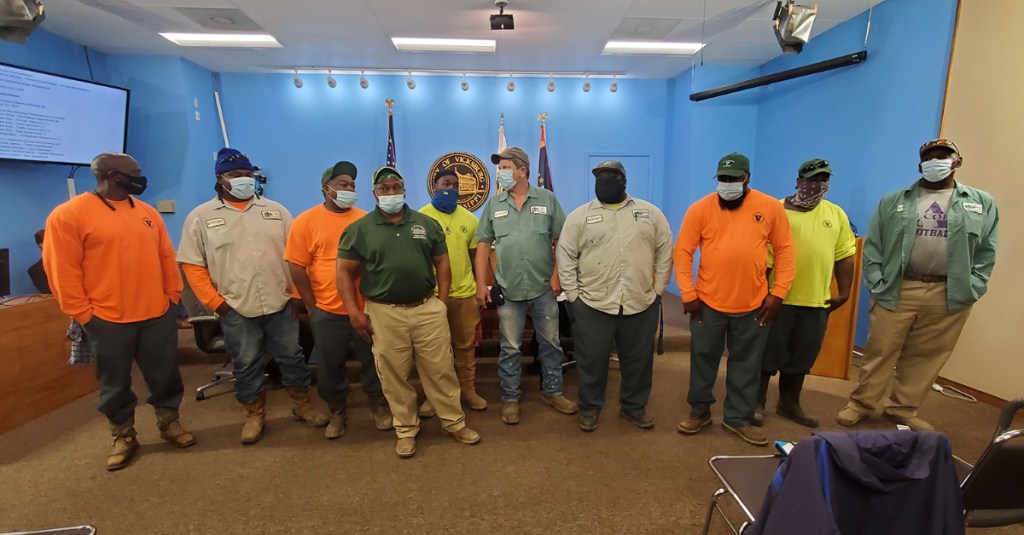 When Vicksburg was paralyzed by an ice storm in mid-February, the city’s water mains department employees worked long shifts trying to isolate waterline leaks and restore service to residents.

Their dedication to duty so impressed one Vicksburg resident that she decided to honor the employees by making a donation to Life Outreach International’s Water for Life program to drill a water well in Africa in the employees’ honor.

The donor, who wishes to remain anonymous, according to the letter from Life Outreach announcing the donation, wrote she had been without electricity and water for five days and commended the workers for their efforts.

“They braved the ice and repaired the pipes in the middle of the ice storm. I am deeply grateful for their efforts,” she said, calling the workers true American heroes and thanking them for their “hard work and sacrifice.”

“We get beat up sometimes and praised sometimes, and sometimes we get caught in the middle,” water department superintendent Dane Lovell said. “I thought that (the donation) was pretty nice.”

Eulice, Texas-based Life Outreach International is a non-denominational, Bible-based organization that helps missions and relief programs around the world.

Its Water for Life program, ministry representative Travis Burnett said, “Helps provide clean water on the mission field. That’s still one of the greatest needs of people in remote areas is clean water.”

He said the average cost of a well is $4,800, adding some wells can cost up to $12,000. He said the location of the well has not been determined but it will probably be in the Sub-Sahara area of Africa.

Burnett said the water source for many people in remote areas of Africa is shared with animals, or a muddy hole or a hand-dug cistern.

“A lot of that dirty water, they start drinking it, and consuming it causes disease — all the waterborne diseases,” Burnett said. “What we’re able to do is go in these villages and give them a clean water source and be able to drill a clean water well in the village. It helps life become better in every way.”

He said it is not unusual for someone to donate a full well but he could not recall a donation honoring an organization like the water mains employees.

“This particular donor, they were very impressed with the way the guys responded during the winter storm and make sure the donation was given in their honor because she was without water and it kind of became real to her; the need for water and what it means,” Burnett said.