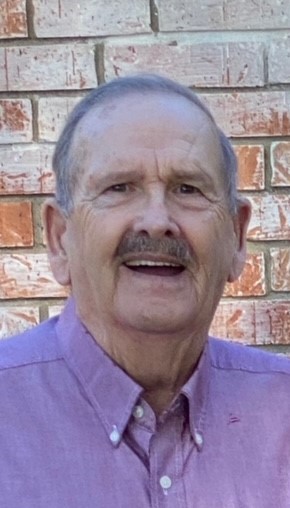 On the 8th of January, 1942, the world was at war. It was a cold Mississippi morning in the town of Meridian. At 5:35, Vernice Culbertson Batchelor gave birth to their second of three children: a baby boy they named, “Bert.”

His father, Marshal Neal Batchelor, was serving in the US Air Force. Bert lived all over America and even in Hokkaido, Japan, in his youth. Later, the family bought a farm in Madison Parish, Louisiana, near “Bear Lake.” Throughout his school years, Bert worked on the family farm and even had a job clearing land until graduating from Tallulah High School.

He was accepted at Northwestern State University in Natchitoches, Louisiana, where he majored in Microbiology and minored in Art. During college, he served as auxiliary law enforcement, began SCUBA diving, was a competitive shooter, was a boxer, and even worked for Jim Clark himself at “Clark’s Custom Guns” as a machinist and gunsmith. However, he felt his country needed him. He put his studies on hold and enlisted in the United States Marine Corps. Bert graduated with Platoon 145 from the San Diego MCRD. He then attended Raider school and served as a field wireman during the Vietnam War in the 1st Battalion, 9th Marines, Fleet Marine Force. It was during this time the unit became known as the infamous, “Walking Dead.” This was during the earliest point of America’s occupation in Southeast Asia. Bert was presented with a multitude of awards including Rifle Expert. Cpl. Batchelor was involved in many successful missions including “Operation Starlight”. Batch sustained several injuries in the Marines, but refused any honors or privileges that were offered; he wouldn’t leave his buddies. After being honorably discharged, Bert not only returned to NSU, but also returned to a much-changed America. Later, he began farming his own land. He loved the farm life because it allowed him to pursue his other passions like long range shooting, photography, knife making, studying history, leatherwork, fly fishing, pottery, painting, hunting, camping and even became an honored member of the Native American Sioux Nation.

When he retired from his farming career, he began employment to once again provide service to his community in the Louisiana Department of Agriculture and the NRCS, until he retired. It wasn’t long until he got bored with retirement…again…and was a decorated Armed Security Specialist for Pinkerton at the young age 67, until finally retiring years later upon the arrival of his first born grandson.

His greatest passion of all was helping others. He devoted his life to Jesus Christ, and was always at aid to anyone who was in need of guidance whether it be substance related or a young soldier with PTSD who just needed someone to listen to them. Bert never said “no” to anyone who was asking for help and wanted to help themselves. Selflessly assisting saddened families during times of death was his most noteworthy quality of admiration,

He loved to joke around; enjoy peaceful sunsets; eat Mexican food; watch South Park; make sure there was plenty of salt on his meals; discuss news, weather, and politics; play with his grandchildren and be the photographer at their birthday parties. Driving, traveling, music of all genres (from the Grateful Dead to Ozark Bluegrass Gospel), Native American culture, training dogs, growing roses, studying tarantulas, local wildlife biology and behavior, assisting in his son’s Scouting events, napping on rainy days, reloading ammunition, and boating… were just a few of his obsessive interests.

At the time this was written, Bert was still the last person to legally kill a bear, as it was on the last day of bear season in the State of Louisiana.

After fighting a lengthy illness, Bert was taken home by the Lord on Saturday, May 15, 2021. His daughter, Lora, and son, Fletch, were holding his hands in Glenwood Regional Medical Center ICU in West Monroe, Louisiana.

All are appreciated to attend. As requested of the deceased, no mourning is allowed at this celebration of life.