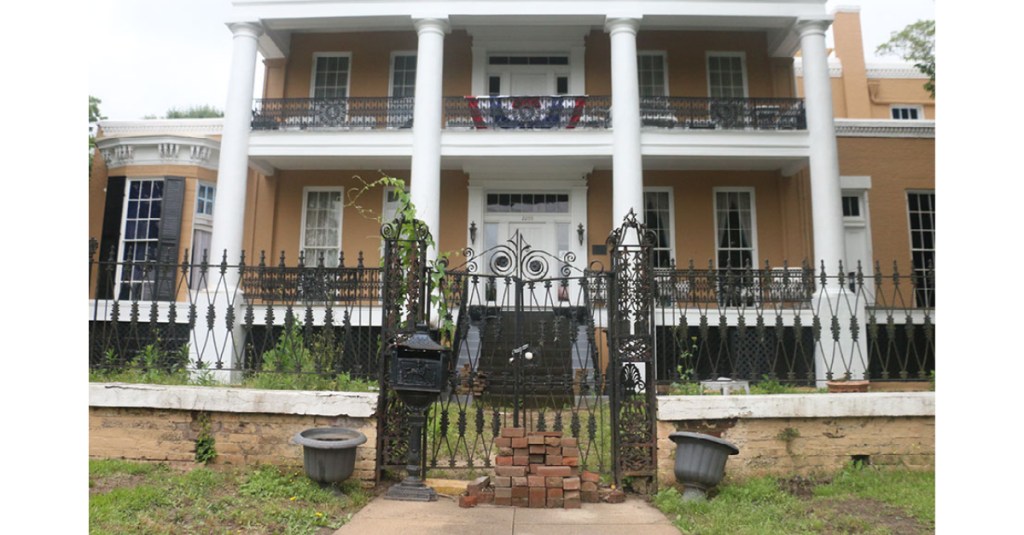 Cedar Grove is on the market again, with an asking price of $950,000 (Photo by Terri Frazier)

Although repairs were underway, the current owners of the Cedar Grove Mansion have decided to put the historic home on the market.

On Sept. 21, 2020, the THEP Corporation, which lists Thomas Hughes as the registered agent, purchased the Bed and Breakfast from 2200 Oak Street LLC, a subsidiary of Pride Hospitality.

After the sale of the home, it was immediately closed to the public.

Employees of the Bed and Breakfast were left without a job, and a couple who had booked the home for their wedding were left with no venue.

Fortunately, the couple was refunded their deposit, with an additional $500.

Since being closed, Re/Max Excellence listing agent for Cedar Grove David Mitchell said Hughes, who did not respond to request for comment, has replaced all of the roofs of the structures on the property and painted all the exterior of the buildings.

“He had also begun some renovation work,” Mitchell said.

In an earlier article that ran in the Vicksburg Post following the sale to the THEP Corporation, Pride Hospitality President Mark Zipperer had said the hotel and hospitality industry had been adversely affected by the COVID-19 pandemic and as a Bed and Breakfast, this meant Cedar Grove, also suffered.

Cedar Grove was built by John Klein, who was a wealthy entrepreneur. Construction began on the home in 1840 and it was to be a wedding gift for Klein’s fiancée, Elizabeth Bartley Day.

In The Post’s September 2020 story, a spokesman for Hughes, who is a Vicksburg native, said the family was direct descendants of the Klein family.

Mitchell said Cedar Grove is the most significant historic property in Vicksburg, “Because of its age its scale and its architectural features and location.”

In 1960, the Vicksburg Theatre Guild purchased the home, saving it from demise.

The Guild continued to use the home for productions until they sold it to Herbert and Terry Kinsman in 1981.

The Kinsmans transformed the home into a Bed and Breakfast and began hosting guests in 1982.

In 2003, Mackey sold Cedar Grove to GPS Investment based in Natchez, who then sold it to 2200 Oak Street LLC.

Cedar Grove is listed at $950,000. The house, which has 20 bedrooms, 20 full baths and is 20,000 square feet, sits on approximately four acres in the Vicksburg Garden District.