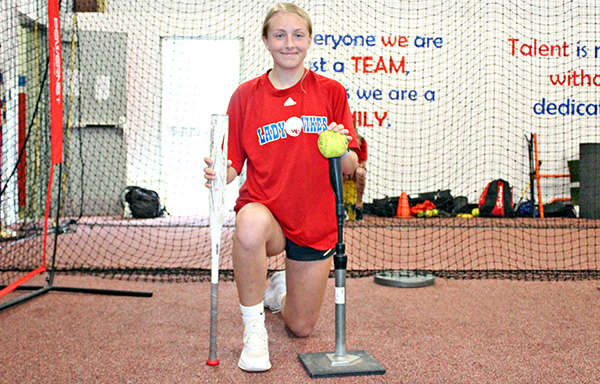 Annalyn Nevels has spent a lot of hours over the years on a softball field. From rec leagues to tournament ball, and then on to high school with Warren Central, it’s been one of her life’s passions.

As she wraps up her junior season at Warren Central and eyes what she hopes will be a great senior year, her efforts are being rewarded.

Nevels was selected to play in the Mississippi Association of Coaches All-Star Game June 4 and 5 at Jones College in Ellisville. Nevels will play for the North team in the Class 4A/5A/6A Juniors game at 4 p.m. on June 4 and noon on June 5.

A total of eight games will be played during the weekend all-star festival, two each for juniors and seniors in Classes 1A through 3A and then 4A through 6A.

Nevels said she’s approaching the all-star selection as a bit of a business trip. Although she wants to have a fun weekend, she said it’s also a chance to get the attention of the college and junior college coaches that will likely be in attendance.

Nevels played some at second base for the Lady Vikes this season, but was primarily a pitcher. She pitched in 15 of Warren Central’s 22 games, and had 26 strikeouts against only nine walks in 41 innings.

In the COVID-shortened 2020 season, Nevels had seven strikeouts in 14 innings pitched, and also went 5-for-12 with one home run, seven RBIs and seven runs scored at the plate.

“She’s a hard worker and has improved her pitching throughout the year with a lot of hard work and practice,” Warren Central coach Dana McGivney said. “Cannot wait to see what all she accomplishes during her senior season.”

Nevels is excited for the future, too. She said she’s still uncertain about whether or not to pursue a college softball career, and the all-star game will help her determine if she wants to go down that road.

“I’ve been playing since I was 4 or 5. It’s a big transition because I’m still making my mind up if I have what it takes to be a college player. I really have to think about it a lot,” Nevels said.