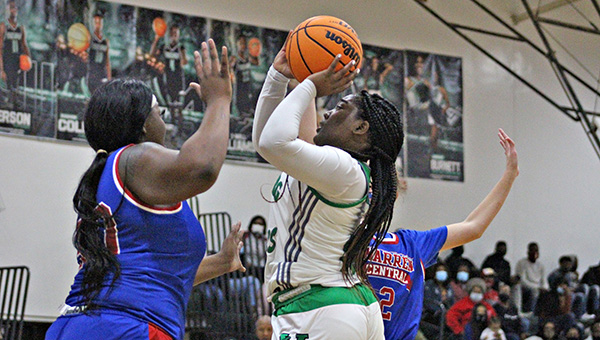 A new rule announced recently by the National Federation of High Schools cleared the way for the use of a shot clock in high school basketball games nationwide. Its introduction in Mississippi might not be a slam dunk, however.

Both Mississippi High School Activities Association executive director Rickey Neaves and Mid-South Association of Independent Schools associate director David Drake said the expense of adding an extra official as a clock operator for each game might give some schools pause when the matter is discussed and debated in the coming months.

“There’s a lot of different ways to look at it. It’s not just, ‘I would like to have a shot clock and speed up the game,’” Neaves said. “You would have to have an official run it, because it could be controversial if you don’t. I think that’s the biggest obstacle. You could get a shot clock installed in a gym for $500. But the expense of running it would be taxing on some school budgets.”

The NFHS rule permits the use of a 35-second shot clock beginning in the 2022-23 season. A proposal for a national rule mandating its use was not approved at a meeting of the organization’s basketball rules committee held in late April.

The NFHS ruling on the shot clock means each state must decide on its own whether to use them or not. Neaves said he would likely poll the state’s public school coaches during their annual coaches’ clinic this summer and have more serious discussions and possibly a vote at MHSAA meetings late in 2021 or early in 2022.

Neaves said he hasn’t yet had any in-depth discussions with the state’s basketball coaches, but was doubtful any proposal to add a shot clock would be passed for the 2022-23 season.

“Right now it’s about 50-50,” he said. “A lot of times it depends on when you’re talking to a coach, whether they just won a close game or lost one, or whether you’re talking to a boys’ coach or a girls’ coach. I can’t see us using it for one (boys or girls) and not the other.”

Drake said the MAIS’ Athletics and Activities Commission will hold its next meeting in July, and the one after that is in October. Any proposal to add a shot clock would need to pass two rounds of votes to go into effect.

Like Neaves, Drake did not expect any action to be taken until late this year or early next year at the earliest.

The cost of an extra official for each game — potentially several thousand dollars over the course of a season — might be prohibitive to many schools, Drake said.

“I really haven’t heard much of an appetite overall for it,” Drake said. “The cost of equipment and extra personnel is an issue. It’s already difficult enough for some schools to make it on their regular-season gates.”

Warren County’s high school basketball coaches seemed ambivalent about adding a shot clock to the game. Some said it would take away certain strategic elements, such as holding the ball late in a game, while others said it would add new wrinkles.

“You’re going to have to implement new offensive sets,” Vicksburg High boys’ coach Kelvin Carter said. “On defense, you might be pressing teams to burn nine seconds off the clock. It’ll be good for the game. With athletes that are moving on to college, it’ll be something they need to get used to.”

Vicksburg girls’ coach Troy Stewart said there were plenty of pros and cons to the plan from a strategic standpoint.

“I could see the good pieces and the bad pieces. Me, personally, I don’t think I would mind. It would speed the game up. It would be teaching kids things they need to know to play in college,” Stewart said. “One of the bad pieces is that it wouldn’t allow teams to stall the game if they need to, and that’s one of the ways a less-talented team can stay with a better team.”

St. Aloysius’ Mike Coleman, who has coached in Mississippi for more than 30 years, agreed that adding a shot clock would give deeper and more talented teams a competitive advantage by taking away the ability to stall and keep scores low.

“It’s going to help the teams that have more talent and depth. I’ve seen it when we had those loaded AAU teams and played with a shot clock. They could hang with us for a little while, but they couldn’t hang with us for a whole game,” said Coleman, who coaches both the boys’ and girls’ teams at St. Al.

Stewart and Coleman both said they hadn’t heard any chatter in Mississippi’s coaching community indicating a preference for or against adding a shot clock, and ultimately were still undecided on whether it would be good or bad for the sport.

“I’d have to have some true discussions about it before I made my mind up,” Stewart said.

Like his colleagues, Warren Central boys’ coach Bruce Robinson seemed ready to roll with whichever way things ultimately fall and adapt to any changes that might come.

“I don’t have any problems with it. I’m not for or against it. But I think they’re chasing something they’re not going to get. They think scores are going to be higher, but if you can’t put the ball in the basket without a shot clock, you’re not going to do it with a shot clock,” Robinson said. “I think the first few years you’re going to see a lot of bad basketball because the high school kids are not as skilled as college players.”

Although he can take or leave the idea of a shot clock, Robinson did add that there was a sense that it will inevitably find its way into the high school game in Mississippi as other states adopt it.

If change is coming, then, Robinson said it would benefit Mississippi’s players to be on the leading edge of the curve rather than playing catch-up several years down the road.

The latter part of May is always a difficult time, professionally, for me. The high school sports season is over,... read more