MSU’s Allen doubles up as Ferriss Trophy winner, SEC Player of the Year 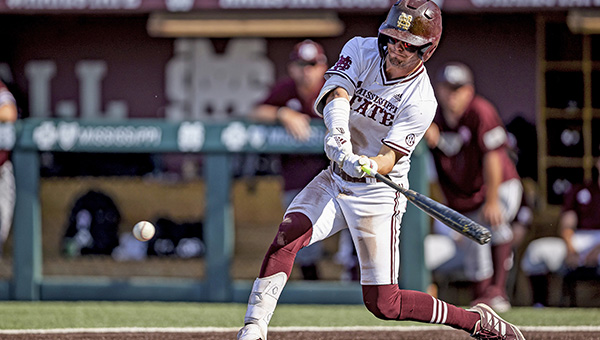 Before he and his Mississippi State teammates vie for a Southeastern Conference championship trophy, Tanner Allen picked up a couple of things just for him.

Allen, a junior right fielder, on Monday was named both the SEC’s Player of the Year and won the C Spire Ferriss Trophy as the top college baseball player in Mississippi.

“I want to thank God for giving me the opportunity to come to Mississippi State to play baseball. It’s something I’ll never forget for the rest of my life,” Allen said after winning the Ferriss Trophy.

Allen is Mississippi State’s second SEC Player of the Year in the past four seasons — Brent Rooker won it in 2017 — and the eighth from the school to win the Ferriss Trophy in its 17-year history.

Allen produced 25 multi-hit and 17 multi-RBI games this season and reached base multiple times in 36 of 52 games played. He was the only SEC player to rank among the top-10 in average, on-base percentage, slugging percentage, runs scored, RBIs, total bases and hits in the regular season.

Allen is also one of only four players in the country to have at least 50 runs scored, 70 hits and 50 RBIs this season. He ranks sixth in the country in hits (79) and ninth in triples (5).

Allen was also named a first-team All-SEC selection, while teammates Rowdey Jordan and Landon Sims were on the second team.

Jordan was one of two Southeastern Conference hitters to reach base safely in all 30 SEC games this season and has a .315 batting average.

Ole Miss had three players on the All-SEC team. Pitcher Doug Nikhazy was a first-team selection, while catcher Hayden Dunhurst and third baseman Justin Bench were on the second team.

Nikhazy finished the regular season at 8-2 with a 2.12 ERA, including a 7-1 mark and 1.67 ERA in SEC play. Over 72 1/3 innings, the left-hander struck out 107 batters and walked just 26. He was a finalist for the Ferriss Trophy, along with teammates Kevin Graham and Gunner Hoglund, and Mississippi State’s Allen and Sims.

Mississippi State earned a first-round bye in the SEC Tournament that begins Tuesday in Hoover, Ala. They will play either Florida or Kentucky in the first game of the double-elimination round Wednesday at 9:30 a.m.